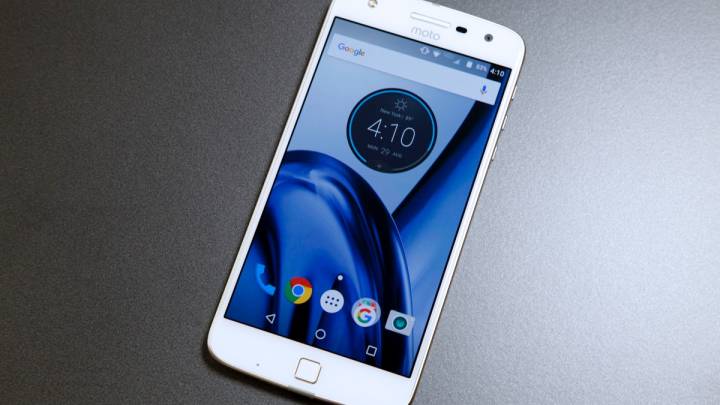 It’s been a while since we’ve seen Samsung roll out one of their patented iPhone attack ads. Of course, with Galaxy Note 7’s exploding and causing fires on what seems like a daily basis, the company obviously has bigger fish to fry than poking fun at the iPhone 7’s missing headphone jack.

Stepping up to the plate, however, is Lenovo of all companies. In a new ad campaign that targets both the Galaxy Note 7 and the iPhone 7, Lenovo tries to sell consumers on picking up a Moto Z instead of the aforementioned flagships.

In a full-page New York Times ad that ran earlier today, Lenovo urges consumers to “go for something new, something different.” Why? Because the Moto Z doesn’t focus on incremental improvements but rather is a complete re-imagination of what a smartphone should be.

DON’T MISS: This is the jaw-dropping iPhone 7 and iPhone 7 Plus camera review you’ve been waiting for

Motorola on that hard attack with the #skipthesevens ad in the New York Times. My mouth was dropped reading this pic.twitter.com/LcQ9FOWdNy

The ad reads in part:

The Moto Z with Moto Mods doesn’t just give you a slightly better camera, you get a Hasselblad with 10x optical zoom. Instead of small speakers, you get to rock JBL stereo sound. Instead of another year of 5’’ screens, you get a 70’’ projection.

And for good measure, Lenovo even tosses in a not-so-subtle jab at Apple.

Our industry was built on thinking differently. Some have forgotten. So for now, we’ll carry the torch. Different is better.

Not bad Lenovo, not bad.

What’s more, Lenovo even took a playbook out of Microsoft’s old playbook (circa 2008) and released a video featuring regular folks talking about the boring ole’ iPhone 7 and oohing and ahhing at the Moto Z.

With iPhone 7 pre-orders shattering records, it doesn’t seem that the Moto Z ad campaign is going to do much to slow down the iPhone’s momentum. But hey, we can’t fault Lenovo for trying.