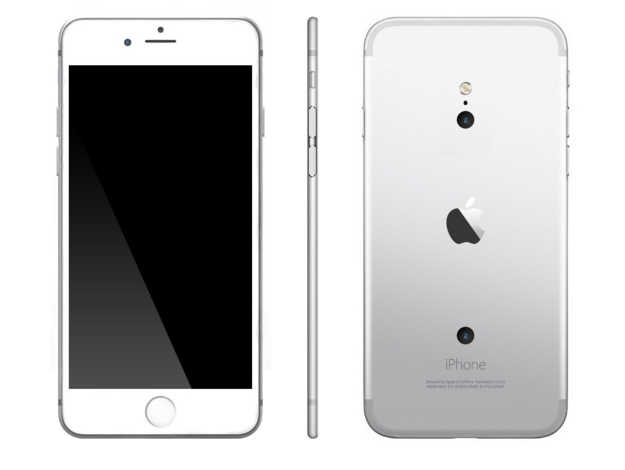 The concept of virtual reality has been around for what feels like ages, but various limitations have prevented tech companies from delivering the kind of VR experience we’ve imagined over the years. But numerous technological advancements in recent years, including massive improvements when it comes to the computing power of all sorts of gadgets, have made VR interesting again. Every major tech giant is looking to expand VR and AR research and development, with various products having already hit stores, or getting ready for launch.

We have Facebook, Microsoft, Google, Apple, HTC, Samsung and many others working on VR products. Apple is the most secretive company of all, but the iPhone maker has a major interest in VR, as Tim Cook confirmed recently.

But will this new reemergence of VR alter iPhone design? One concept iPhone 7 suggests that may be the case.

Christopher Grayson explained in an extensive post on the possibilities of VR that the iPhone might be used not only to consume VR content with the help of a handy Samsung Gear-like accessory, but also to create content.

In particular, Grayson explained that users might want to create bite-sized VR content including photos and videos that they could share with family and friends. And they would require specialized hardware to create the 3D pictures and photos that would be shared or streamed using a special app. That’s where a dual-camera setup on the back might come in handy, the kind that’s already rumored for the iPhone 7.

But rather than have the cameras grouped together, as seen in most dual-camera setups, Grayson proposes that they’d be spaced out, as seen in the top image. The two cameras would be placed right in the middle of the iPhone, in the upper-third and lower-third sections of the back case.

Such a design might not be as efficient when it comes to making the most of the interior space for battery life, especially considering that Grayson’s iPhone 7 concept is incredibly thin. However, combined with camera software it already owns from the Linx acquisition, Apple could use such a camera setup to both improve photos and video recordings, and also to bring VR content creation to the masses.

With just an app, users could use the iPhone to broadcast certain events which their followers could then view on VR headsets.

Grayson goes even further, suggesting that Apple could buy View-Master, a product you may have used already for watching 3D content, to create the VR headsets iPhone users would need in the future – check out his entire take on the matter at this link.