If sentiment around the internet is any indication, iPhone owners aren’t very happy with the idea that Apple is planning to ditch the standard headphone jack on its upcoming iPhone 7 and iPhone 7 Plus. Nothing has been confirmed at this point, but everything we’ve seen and heard so far suggests that Apple’s new iPhone models will only have a Lightning port on the bottom, so users who want to use a wired headset will either need to purchase a new one or use an adapter.

Yes, Apple is creating a new problem for iPhone users, though if history has taught us anything the outrage will subside fairly quickly after the new iPhones are released. But potential iPhone 7 and iPhone 7 Plus users will be happy to learn that Apple will also likely solve a problem with its new iPhone models, and it’s a big one.

According to just about every study that has ever been done, iPhone users have two main problems with their smartphones of choice. One is battery life, which Apple doesn’t seem interested in fixing anytime soon. iPhones are always among the thinnest smartphones available, and Apple seems to value design over battery life.

Even more so than battery life, people complain about their iPhones’ storage capacity… or lack there of. Apple has no plans to add microSD support and taking an ax to its iPhone ASPs, so users are stuck without however much storage comes on their iPhones. Not everyone can afford to spend $100 or $200 extra for more capacity, so 16GB is all they get — and that doesn’t even take into account the space occupied by iOS itself.

Well, we have some good news. Rumors have suggested that Apple is planning to double each storage tier for the iPhone 7 and iPhone 7 Plus, and now we may have some evidence to suggest that indeed will be the case.

Twitter leaker “The Malignant” on Wednesday posted a photo of what is believed to be an internal spreadsheet that belongs to one of Apple’s component suppliers or manufacturing partners. The image shows purported listings for iPhone 7 and iPhone 7 Plus storage modules, and it shows three different sizes: 32GB, 128GB and 256GB.

Is this a guarantee that Apple does in fact plan to double the storage capacity for each new iPhone tier. Not quite, but the source has a decent track record and remember, this isn’t the first time we’ve heard this rumor.

All will likely be revealed on September 7th, when Apple is expected to unveil its next-generation iPhones. Until then, you can check out the leaked photo below. 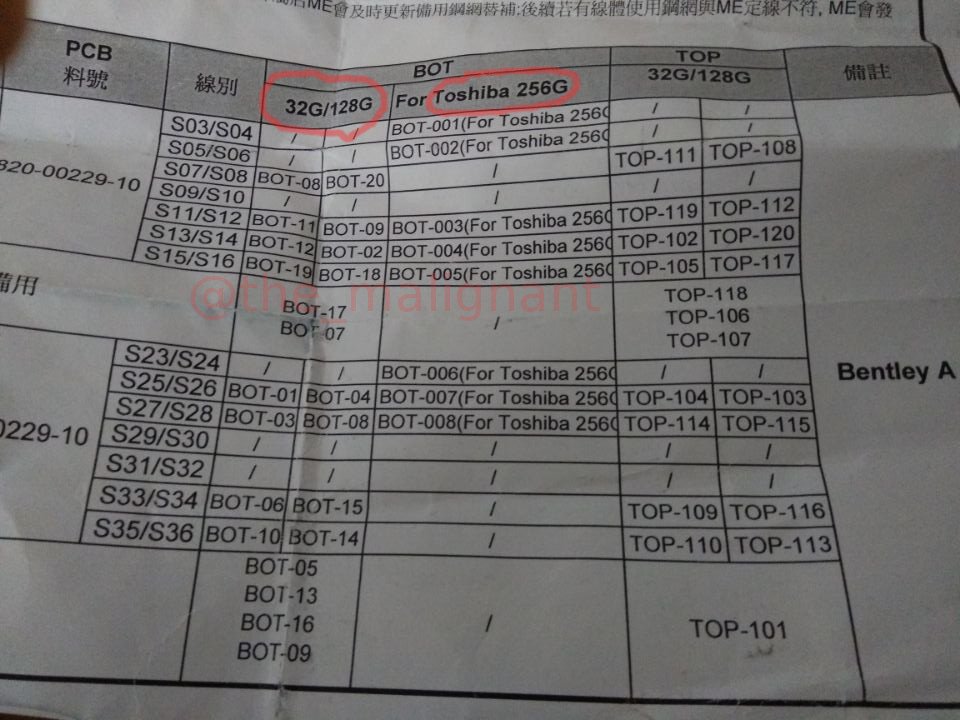