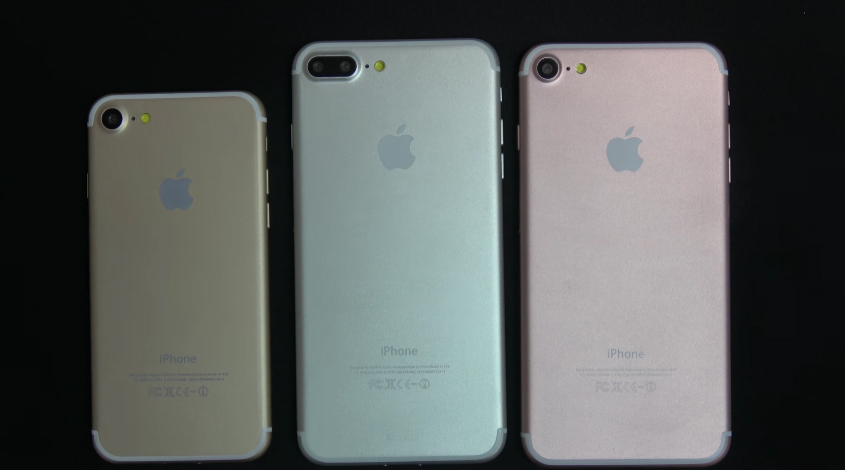 Ever since iPhone 7 reports started coming out, we’ve had two sides of the story when it comes to the number of distinct devices Apple would unveil come fall 2016. A new video recorded in 4K reinforces one of the early iPhone 7 rumors, and you might not necessarily like it.

The first iPhone 7 reports said that Apple was working on three distinct iPhone handsets for this year: one 4.7-inch iPhone 7 model, and two 5.5-inch iPhone 7 Plus and Pro models. The difference between the phablets concerns the rear camera. The Plus version supposedly comes with the same camera that’s found on the iPhone 7, while the Pro would have a dual lens rear shooter. The Plus would likely be the most expensive option.

This video leak shows exactly this particular iPhone 7 setup. We’ve got a gold iPhone 7, a gray iPhone 7 Pro and a pink iPhone 7 Plus.

The design elements we expect appear to all be there. We’re looking at redesigned cameras that are still protruding, but lack the camera ring seen on the iPhone 6s and iPhone 6, redesigned antenna lines, and dual speakers on the bottom (that’s right, there’s no headphone jack on either model).

Curiously absent is the three-dot Smart Connector port that the 5.5-inch iPhone should offer, a feature that’s also contested by certain reports.

The video was posted online by Dutch site TechTastic, which picked it up from a YouTube account that seems to be linked to a Japanese iPhone reservation store.

More recent reports indicated that Apple would have enough dual lens camera supply to equip all 5.5-inch iPhone 7 versions, which is why this new leak is puzzling. Sure, we may be looking at genuine iPhone 7 parts, but these might be earlier design mockups.

The good news is that we have just a few more weeks of waiting until we find out the truth about Apple’s iPhone 7 plans. The company will unveil the iPhone 7 during a special media event in early September, and launch it in the weeks following it.