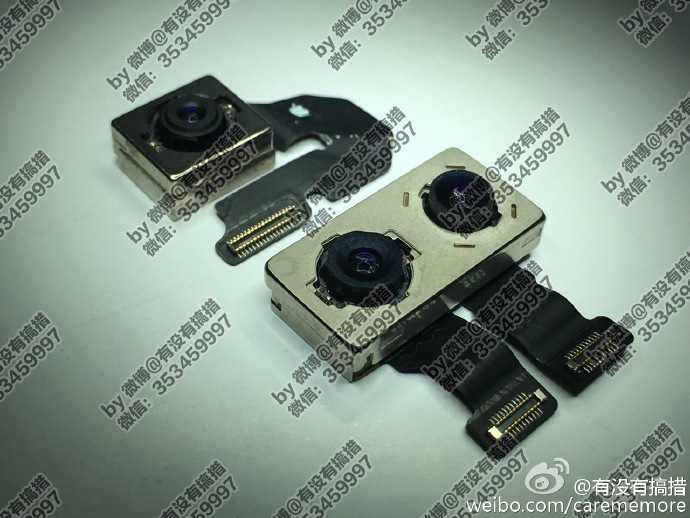 Earlier today, a note from KGI Securities analyst Ming-Chi Kuo made its way around the internet. The note gave even more credence to the rumor that the iPhone 7 Plus would not only feature a dual-camera setup, but that the dual rear cameras would be exclusive to the larger model in the fall.

READ MORE: How to encrypt iPhone and Android, and why you should do it now

In addition to that note, someone on microblogging network Sina Weibo shared what they purport to be leaked images of the dual camera module that will appear on the iPhone 7 Plus at launch. The user that managed to get his hands on the component is confident that it’s legitimate, but as with any leak this early in production, we have to take it with a grain of salt.

“Top hardware upgrade is dual-camera (5.5-inch model only),” Kuo said in the note, “though many competing models with dual-camera will launch soon, joining others already on the market; first impressions could underwhelm.”

If the camera really is the biggest hardware upgrade between the iPhone 6 Plus and the iPhone 7 Plus, fans of the larger models might be a little disappointed. After all, they’re paying a premium for the latest and greatest phones.

Take a look at some of the other photos below, and head to the link in the source to see the rest at Sina Weibo: