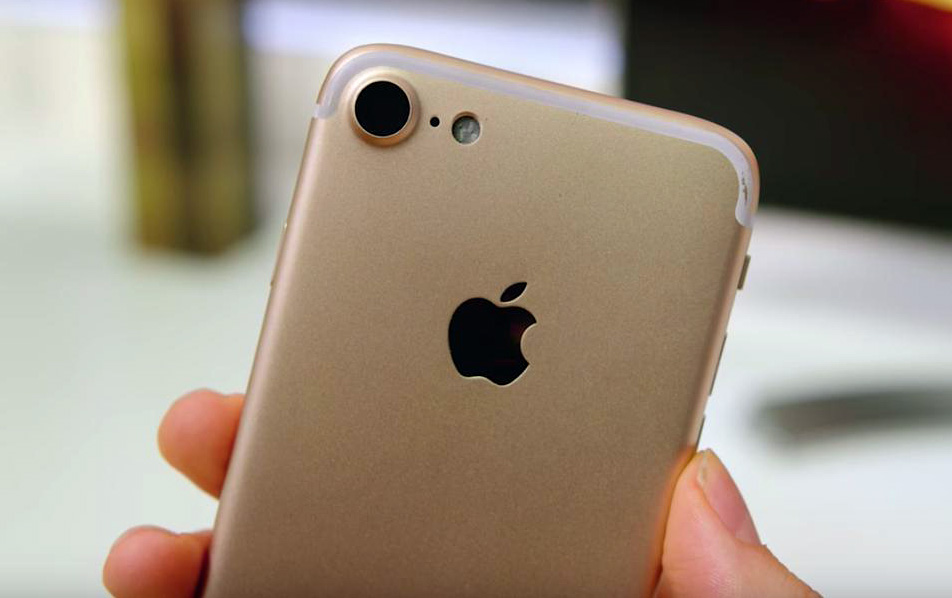 The endless stream of iPhone 7 leaks continues today with new images originating from Asia, where someone appears to have gotten their hands on a functional iPhone 7 prototype — the first we’ve ever seen.

Posted online by NowhereElse, a trustworthy source of iPhone leaks, the following images show us the same 4.7-inch iPhone 7 we’ve seen many times before. The device looks just like an iPhone 6s, but features several distinct characteristics.

The phone lacks a headphone jack on the bottom (which is replaced by a secondary speaker), has a bigger rear camera, single-line antennas, and what looks like a capacitive home button. Finally, this appears to be the gold version of the iPhone 7. All in all, the design should look very familiar if you’ve kept up with iPhone 7 leaks.

However, the device in the picture is turned on, running an internal software build rather than the iOS 10 beta you might have expected. Whoever has access to this device (which seems to be the real thing) might discover more details about Apple’s unreleased iPhone, and confirm rumored specs for the handset. After all, you only need a few tools to pry it open and inspect the hardware.

NowhereElse says the photos come from Geekbar, a reliable source for leaks. Furthermore, the site notes the team specializes in electronic device repairs, which could explain how they got their hands on an alleged functional iPhone 7 prototype. Check out all the leaked images of the iPhone 7 below.