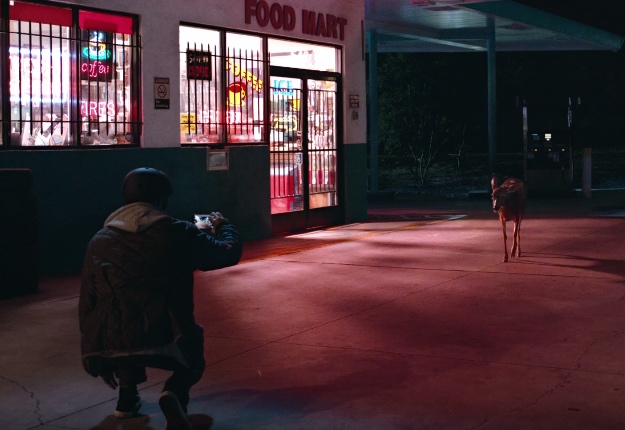 Apple’s new iPhone 7 models have only been out for three days now but Apple’s heavy advertising push is already underway. In a pair of ads uploaded to Apple’s YouTube page — and likely set to air during commercial broadcasts later this week — Apple hones in on two specific iPhone 7 features: improved water resistance and impressive low-light camera performance.

In the first ad called Midnight, we follow a restless teen who takes his skateboard out for a little spin on a moon-lit night and proceeds to take photos of interesting things he happens to see along the way.

The accompanying tagline for the new advert reads: “The all-new iPhone 7, with low-light camera. It’s practically magic.” For those curious, the song featured in this commercial is In A Black Out by Hamilton Leithauser + Rostam.

The second ad is called Morning Ride and features a cyclist who gets up before the crack of dawn to go for a ride in the pouring rain. With his new iPhone 7 firmly affixed to the front of his bike and about to get drenched, he hasn’t a care in the world thanks to the iPhone 7’s new IP67 rating which means it can be submerged underneath a meter of water for up to 30 minutes and not miss a beat.

All in all, I think these ads are pretty great. They’re almost shot like mini-previews for short films given the music choices and the color tones. Over the next few weeks, don’t be surprised to see Apple really ramp up its iPhone 7 advertising campaign, especially since there’s a lot more to advertise than what we saw with the iPhone 6s.