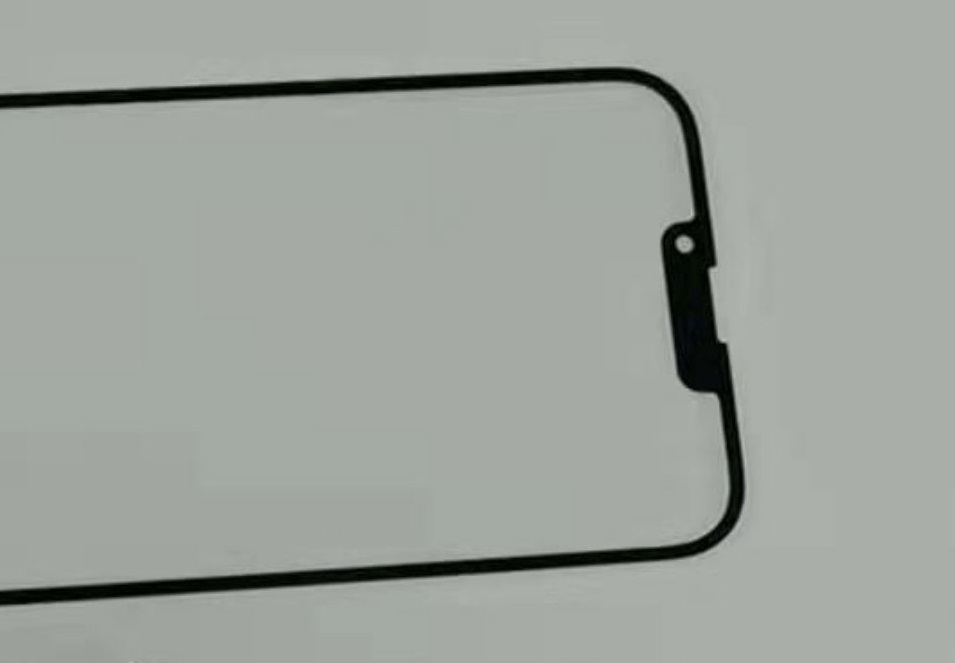 Over the past few months, the iPhone 13 has begun to take shape through a series of leaks, rumors, and reports. The latest comes from the prolific leaker DuanRui, who shares leaked content from Chinese social media sites frequently on Twitter. On Wednesday morning, he posted an image taken from Sina Weibo that purportedly features two iPhone 13 “film samples,” both of which have a smaller notch than what we’ve seen on recent models.

One of the two display panels in the image is far smaller than the other, which would seemingly indicate that we are looking at the front panels of the iPhone 13 mini and iPhone 13 Pro. As previous leaks have suggested, both models have a smaller sensor housing than the one that was introduced on the iPhone X and has stayed unchanged through the iPhone 12 series. Multiple sources have claimed that Apple was able to achieve a smaller notch on the iPhone 13 lineup by moving the earpiece speaker into the top bezel, allowing for a less crowded sensor housing.

Providing we are seeing these display panels from the front, the selfie camera appears to have shifted from the right side of the earpiece speaker over to the left side of the notch. The selfie camera currently sits just off-center inside the notch, but with the speaker reportedly being removed from the housing, it looks like Apple will push the camera all the way to the side. That said, these panels could conceivably be upside-down.

That said, the image above lines up with a recent mockup from Mac Otakara in which the selfie camera has similarly moved from the right side to the left. According to the blog’s measurements, the height of the notch has increased slightly from 5.30mm to 5.35mm, but the width has decreased from 34.83mm to 26.80mm.

While the initial notch design went unchanged for several years, Apple analyst Ming-Chi Kuo has said that the new, smaller notch will not be long for this world, as Apple plans to introduce its first hole-punch display as soon as 2022 on the iPhone 14 line. We have seen several Android vendors, including Samsung and OnePlus, cut out a small hole in the display for the selfie camera, but Apple’s Face ID requires too many sensors to shove into a small hole. By 2023, Kuo expects Apple to move the entire Face ID system under the display, which would allow the company to eliminate any notches or cutouts and deliver a truly all-screen design on the iPhone 15.

Beyond the selfie camera, another recent leak has insinuated that the base iPhone 13 model will use a new configuration for the primary camera on the back of the phone. Rather than stacking the two lenses on top of each other, new renders obtained by MySmartPrice show that Apple will instead place them diagonally within the housing. It’s unclear why Apple would go this route, but if the renders are accurate, we’ll find out this fall.