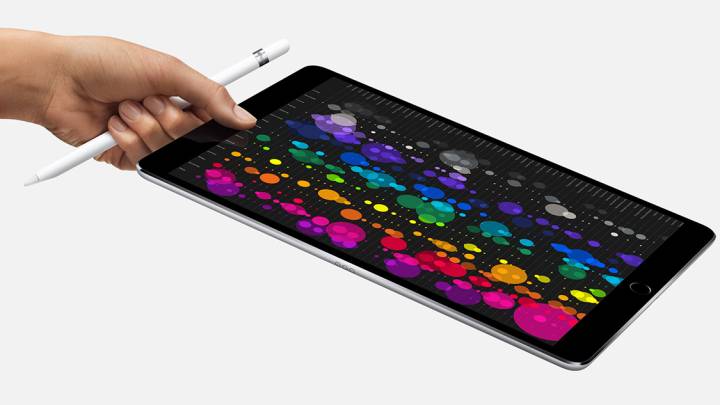 Face ID and an edge-to-edge display will come to the iPad in 2018, according to a report from Apple insider Mark Gurman. He says that “Apple is working on a redesigned, high-end iPad for as early as 2018 that incorporates key iPhone X features such as slimmer edges and facial recognition, according to people familiar with the matter.”

The bad news, however, is that said high-end iPad is “unlikely to include an OLED screen,” which will come as a disappointment to everyone that’s been raving about the OLED panel that Apple put in the iPhone X.

Overall, the biggest changes that Gurman outlines in the next iPad will be the inclusion of Face ID, and the shrinking of the top and bottom bezels. It sounds like the Touch ID sensor is going, along with the home button, which will make the iPad use the same unlocking and multitasking gestures as the iPhone X.

No, there’s no word yet on whether this iPad will have a notch. But since an LCD screen will struggle to be truly bezel-free anyway, it would make sense for Apple to keep a thin bezel along the top and bottom to house the sensors, avoiding a small notch in the screen.

In many ways, removing the home button makes even more sense on the iPad than on the iPhone. Tablets tend to be used more in landscape than smartphones, and having to use a home button on the side to navigate a landscape device has always felt a little clunky. Moving to Face ID and multitasking gestures — which change orientation along with the device — would make sense.

Including an OLED screen, which has deeper blacks and crisper colors, would make sense for a new high-end iPad. But according to Gurman, it’s just not possible this time around. Samsung is the only manufacturer with the expertise and scale to make tablet-sized OLED displays, but “technical and financial constraints still make that unlikely,” according to Gurman’s report.

Still, it sounds like we’ll have a lot to look forward to in the iPad line next year. Apple took a big step forwards with the introduction of the 10-5-inch iPad Pro last year, and it paid off, as iPad sales were up 14% in Apple’s last set of earnings. With new technologies like Face ID making an appearance, next year’s iPad could be just as successful.