When we listed the best new features of iOS 12 back when it was first released to the public this past September, compatibility was at the top of the list. Of course things like speed improvements and battery life gains were fantastic, but the fact that iOS 12 didn’t push a single iPhone, iPad, or iPod touch model into obsolescence was incredible. Every single device that was capable of running iOS 11 was also capable of running iOS 12. This meant that all of those fantastic new features and all of those security enhancements were accessible to the widest possible number of Apple devices, even ones that were released as far back as 2013.

Sadly, all good things must come to an end, and iOS 12’s compatibility with all modern devices was the exception to the rule. Now, a new report claims that six different iPhone and iPad models will be made obsolete by the upcoming iOS 13 update, including some of the most popular iPhone models in recent history.

Check out the following chart, which was made by Statista and shows annual iPhone sales from 2007 through 2017: 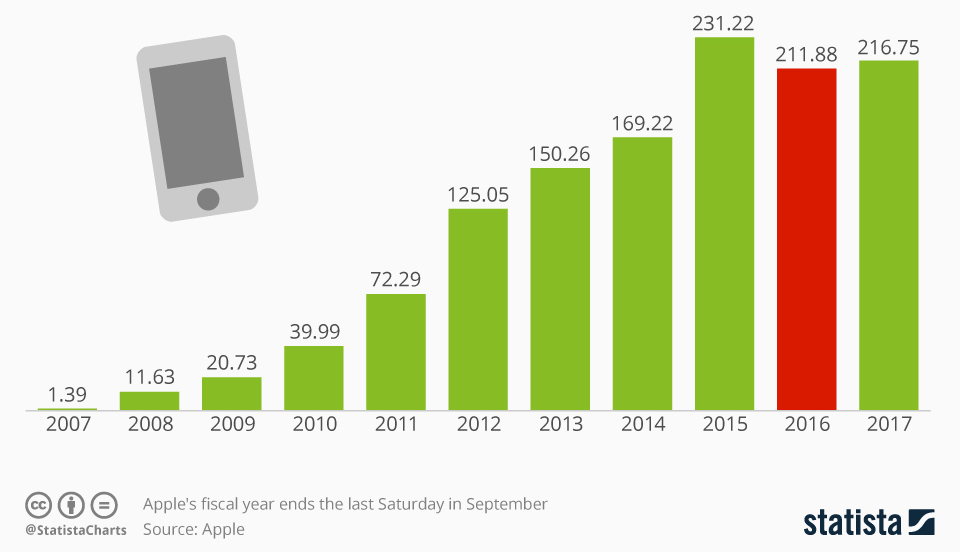 Apple has never sold as many iPhones as it did in 2015, when it finally relented and released redesigned iPhone models with larger displays. When all is said and done, Apple may never sell as many iPhones again in a single fiscal year as it did following the iPhone 6 and iPhone 6 Plus’ debut. Millions upon millions of people still use their iPhone 6 and iPhone 6 Plus models to this day. In fact, I personally know several people who continue to use their iPhone 6 handsets. Come September, however, they’re all going to have a difficult decision to make if a new report from iPhonesoft.fr is accurate.

According to the French blog, Apple’s upcoming iOS 13 update will not be compatible with the iPhone 6 or iPhone 6 Plus. It also won’t work on the iPhone 5s or the iPhone SE, according to the report, and two iPad models will be made obsolete as well. Here’s what the new iOS 13 compatibility list will look like if this report pans out:

We won’t know anything for certain until next month when Apple unveils iOS 13 during its WWDC 2019 keynote presentation, which is scheduled to take place at 1:00PM ET on Monday, June 3rd.