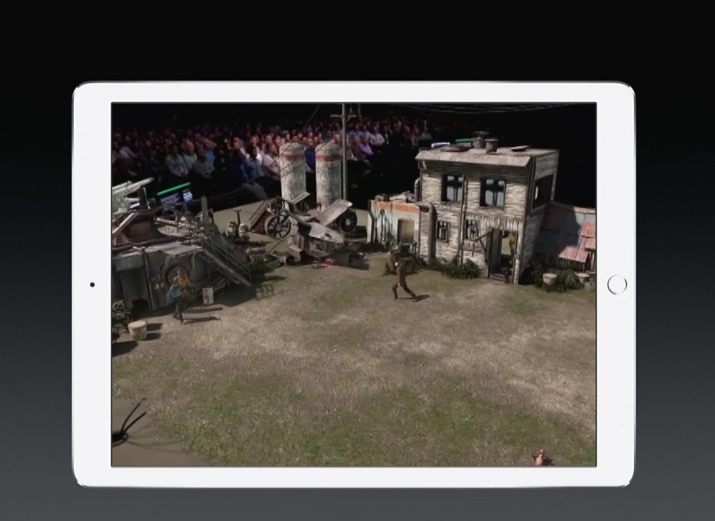 Apple on Monday unveiled a slew of new products, both on the software and hardware side, and demoed some of the newest software features that will be available on iOS, macOS, watchOS, and tvOS later this year. The iPhone maker spent considerable time on iOS 11, which comes with impressive new features that will be available across devices, but also with iPad-specific features.

While talking about the newest software innovations coming to iPhone and iPad, Apple finally confirmed its interest in augmented reality (AR) by making AR one of the main features of future iOS releases. To demo the power of future AR apps built on the newly unveiled ARKit, Apple offered a breathtaking taste of what AR gaming could look like in the not so distant future.

Wingnut came at WWDC to demo a game it developed using Apple’s AR software. A Wingnut developer holding an iPad uses the camera to measure a regular wooden table to deploy a game on it that’s perfectly laid over an actual structure.

The demo itself is amazing, showing the theoretical capabilities of AR on iOS devices, which could usher in a whole new era of mobile gaming in the not so distant future. Check out the full demo, complete with explanations, in the clip below.