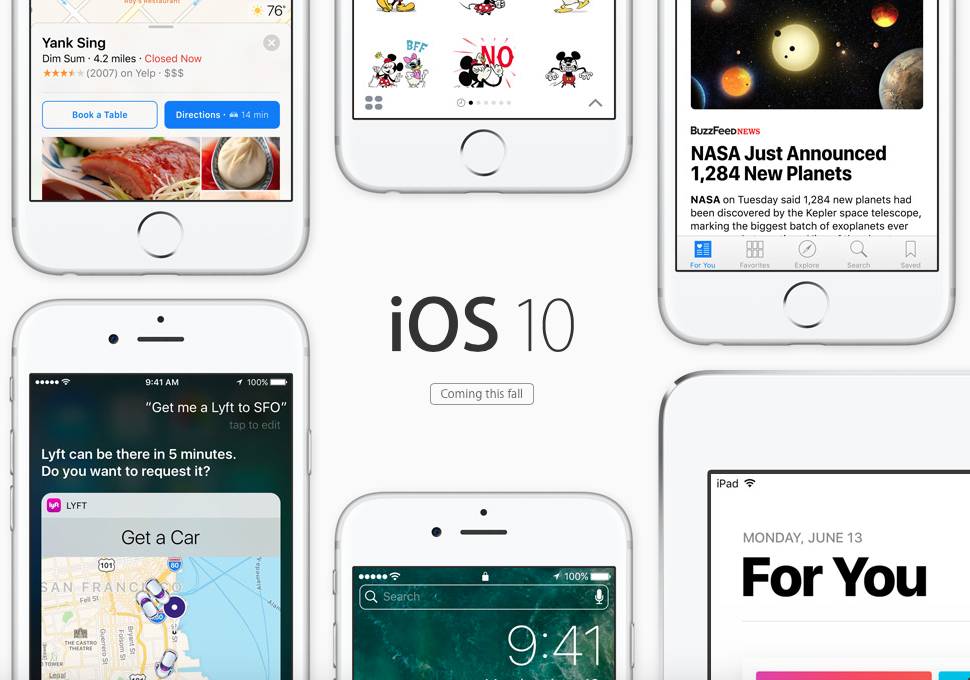 After a non-stop rollout of iOS 10 betas, Apple is done playing games and will finally release an official version of iOS 10 to the public sometime tomorrow. Packed with a number of system-wide improvements, tweaks and engaging new features, iOS 10 is certainly an update that will help even older iOS devices feel like new.

Aside from the usual collection of speed improvements, iOS 10 is poised to deliver long-overdue overhauls to a number of iOS’ more popular applications, including Apple Music, Apple Maps and Messages. What’s more, iOS 10 finally gives third-party developers the ability to take advantage of Siri, thereby enabling users to use Siri to carry out any number of actions, from ordering an Uber to sending a friend money via Square Cash.

If you’re at all interested in downloading iOS 10 as soon as it drops – and there’s no reason why you shouldn’t be – there are a few things you should know. First, the update  — if history is any indication — will likely go live sometime around noon Eastern Time, give or take two hours. Second, you’ll probably want to be aware of which existing iOS devices offer support for iOS 10.

Apple, it’s worth noting, does a tremendous job of ensuring that its latest and greatest software updates work on older devices. iOS 10 is no different and should work fine on iPhones and iPads that are even a few years old.

That said, below is a comprehensive list detailing every iPhone, iPad and iPod Touch model that will be iOS 10 ready tomorrow. Of course, it goes without saying that Apple’s upcoming iPhone 7 models will ship with iOS 10 pre-installed.