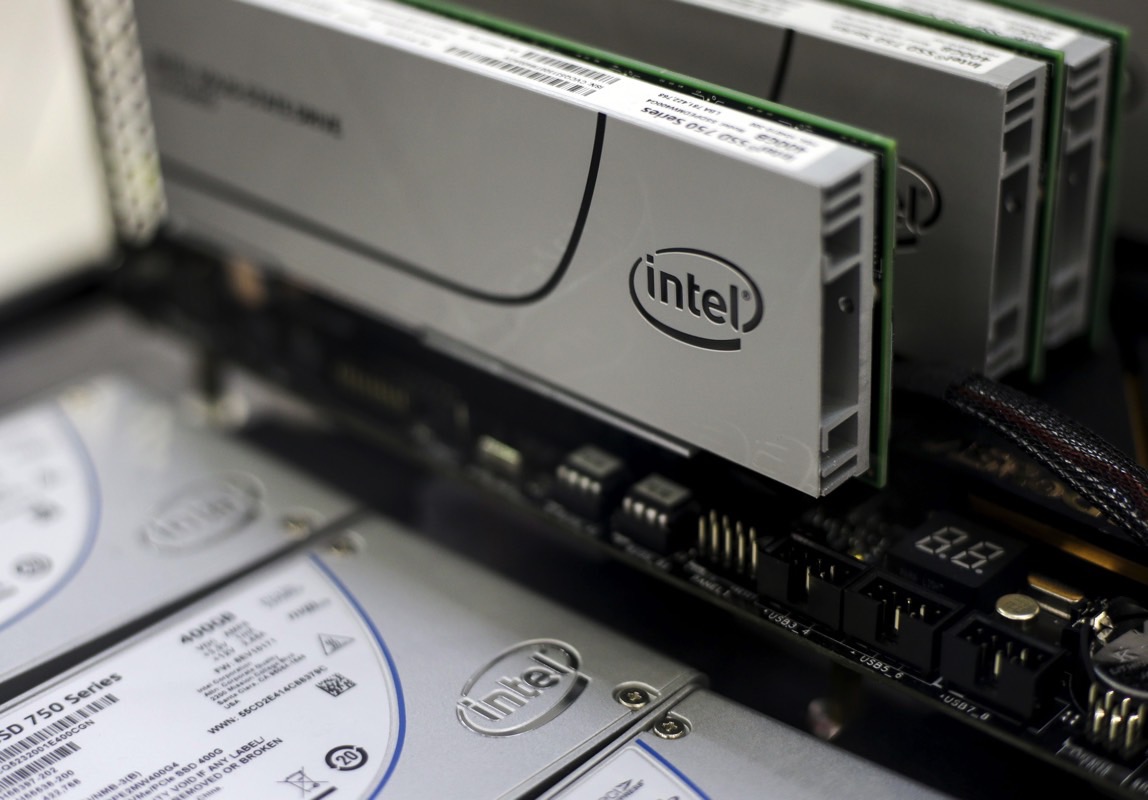 Intel on Sunday took the wraps off its first Optane SSD, a device that’s been in the making for at least 10 years. The new memory tool is supposed to work both as a speedy SSD and as a RAM unit, while offering faster performance and longer life. Intel’s exceptional invention sounds amazing, but don’t get too excited. The new 3D XPoint memory device — the Intel Optane SSD P4800X — might not be available in any commercial products this year, at least not the kind that regular users would buy. Instead, the device will be used in servers that require plenty of computing power speed, though we can only hope Intel finds a way to bring it over to regular computers and even smartphones in the near future.

Intel’s first 3D XPoint SSD will be available in a 375GB versions that costs $1,520. That’s cheaper than RAM memory, The Wall Street Journal explains, but significantly more expensive than traditional SSDs. According to Ars Technica, in the second quarter, Intel will release 750GB PCIe and 375GB U.2 models, while storage should go up to 1.5TB (PCIe) and 750GB (U.2) in the second half of the year.

What’s exciting about the new memory technology is that nobody knows exactly how it works. “While DRAM and NAND use transistors etched in silicon to store electrical charges representing digital 1s and 0s, the new technology uses no transistors and stores no charge, Intel has said,” The Journal writes. “Instead, it uses electricity to make a physical change—like shifting between crystalline and amorphous states—in a proprietary material that Intel and Micron haven’t named publicly.”

When it comes to performance, the 3D XPoint tech should be 1,000 times faster than traditional NAND flash memory found in a regular SSD, but current interfaces will only allow it to operate at speeds of five-to-eight times faster than NAND SSDs. 3D XPoint reaches just 80% of RAM speed, but that might not matter to companies looking to significantly expand RAM in their servers without breaking the bank — 3D Xpoint is cheaper than conventional RAM and requires far less energy to operate.

One other significant advantage 3D XPoint has over NAND flash is that write processes won’t destroy the drive over time, which would obviously give them much more longevity than traditional SSDs.

According to The Journal, Dell is currently testing the technology for an unspecified purpose. Alibaba Group will use Optane 3D XPoint drives for fast internet searches, and Harvard University will use it for cloud computing.