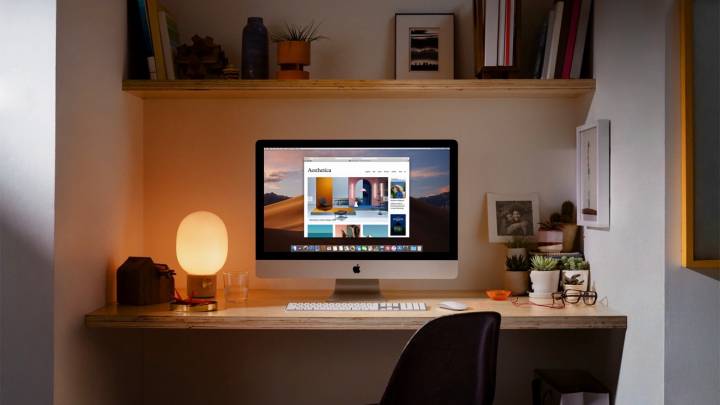 After launching new iPad Air and iPad mini tablets on Monday, both featuring specs that are basically on par with the more expensive iPad Pro, Apple on Tuesday unveiled updates for the iMac — its iconic all-in-one desktop that was last upgraded nearly two years ago. As expected, we’re not looking at a massive redesign for the 2019 iMac models. Instead, we’re getting faster processors and better graphics cards across the board.

Both the 4K and 5K iMacs get the new 8-core Intel 9th-generation processors, as well as “powerful Vega graphics options.”

You’ll be able to configure your 21.5-inch iMac from 8th-gen Intel quad-core chips up to the new 6-core chips from Intel. The iMac will be 60% faster than previous models. The 27-inch model will come in 9th-gen 6-core and 8-core Intel processors, ready to deliver up to 2.4 times faster performance.

On the graphics side, you can expect up to 80% and 50% boosts in performance, on the 21.5-inch and 27-inch iMacs, respectively, thanks to the new Radeon Pro Vega GPU hitting iMacs for the first time. AMD is supplying the Vega 20 for the smaller iMac, while the 27-inch all-in-one gets the Vega 48 GPU.