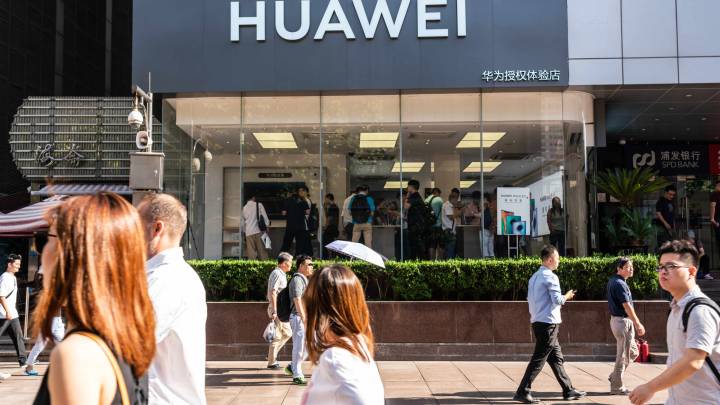 When Huawei found itself unable to do business with US tech companies a couple of years ago, the Chinese handset vendor rolled out a version of Android with no Google apps preinstalled. The US ban on Huawei meant Google could not license the Android experience available on other handsets to Huawei, so the Chinese giant had to create a fork for the world’s most popular mobile operating system. All Huawei Android phones that followed shipped with the Huawei Mobile Services (HMS) platform on top of Android. That was a massive challenge for Huawei. International Android buyers are used to a specific Android experience that includes access to Gmail, YouTube, Chrome, Google Maps, and especially the Play Store. Huawei had to devise its own app store (the AppGallery) on its new phones, and it could not include any Google apps.

Aside from customizing its Android phones with HMS, Huawei started working on a separate OS for its smartphones called HarmonyOS. The new software could run on smartphones, tablets but also other smart devices. Google is developing Fuchsia, an OS that would have similar abilities. HarmonyOS is ready to launch, representing the biggest threat to Android so far.

HarmonyOS will be unveiled later on Wednesday, with Huawei expected to announce full compatibility for existing and future devices. Reports said that some of Huawei’s upcoming smartwatches and tablets might run HarmonyOS out of the box. Older smartphones might also support the new operating system, allowing users to upgrade from Android to HarmonyOS.

Even if Huawei reduces its reliance on Google with HarmonyOS, the Google problem remains. HarmonyOS can’t run Google apps as long Huawei remains on the list of companies that cannot do business with US organizations. Huawei might continue to have a hard time selling devices to international buyers entrenched in Google’s ecosystem of interconnected apps and services.

Huawei smartphone sales tumbled after the US ban, as the company also lost access to critical supplies needed to manufacture new handsets. Huawei saw a 50% drop in shipments in the first quarter, according to Associated Press.

“It’ll be interesting to see what the Harmony OS user interface looks like and whether there really are some features that give it a leg up with some users, but I’m not holding my breath,” IDC’s vice president of client devices Bryan Ma told AP. “It still comes back to all the discussion that’s been happening over the past couple years, which is, if there’s no Google services, that’s a big problem.”

But HarmonyOS is a problem for Google as well. Recent reports claimed that other Chinese smartphone vendors might be interested in HarmonyOS. Should that happen, Google might lose direct access to consumers who would buy these HarmonyOS devices. One reason international buyers might be so dependent on Google apps and services is that they come built into Android. But some buyers could always adopt whatever alternatives are preloaded on HarmonyOS devices or are available from Huawei’s app store.

Another appeal of HarmonyOS might be running the same platform on multiple devices, whether it’s smartphones, laptops, smart speakers, and headphones. “HarmonyOS is designed to provide the glue between a growing array of connected devices that Huawei is targeting. Huawei will be hoping that it can follow Apple’s lead by having a single software platform that extends in all directions, providing a seamless experience to customers that buy into its ecosystem of products,” CCS insight chief analyst Ben Wood said in a statement to BGR.

Huawei’s HarmonyOS launch event starts at 8:00 AM EST and can be streamed live below.