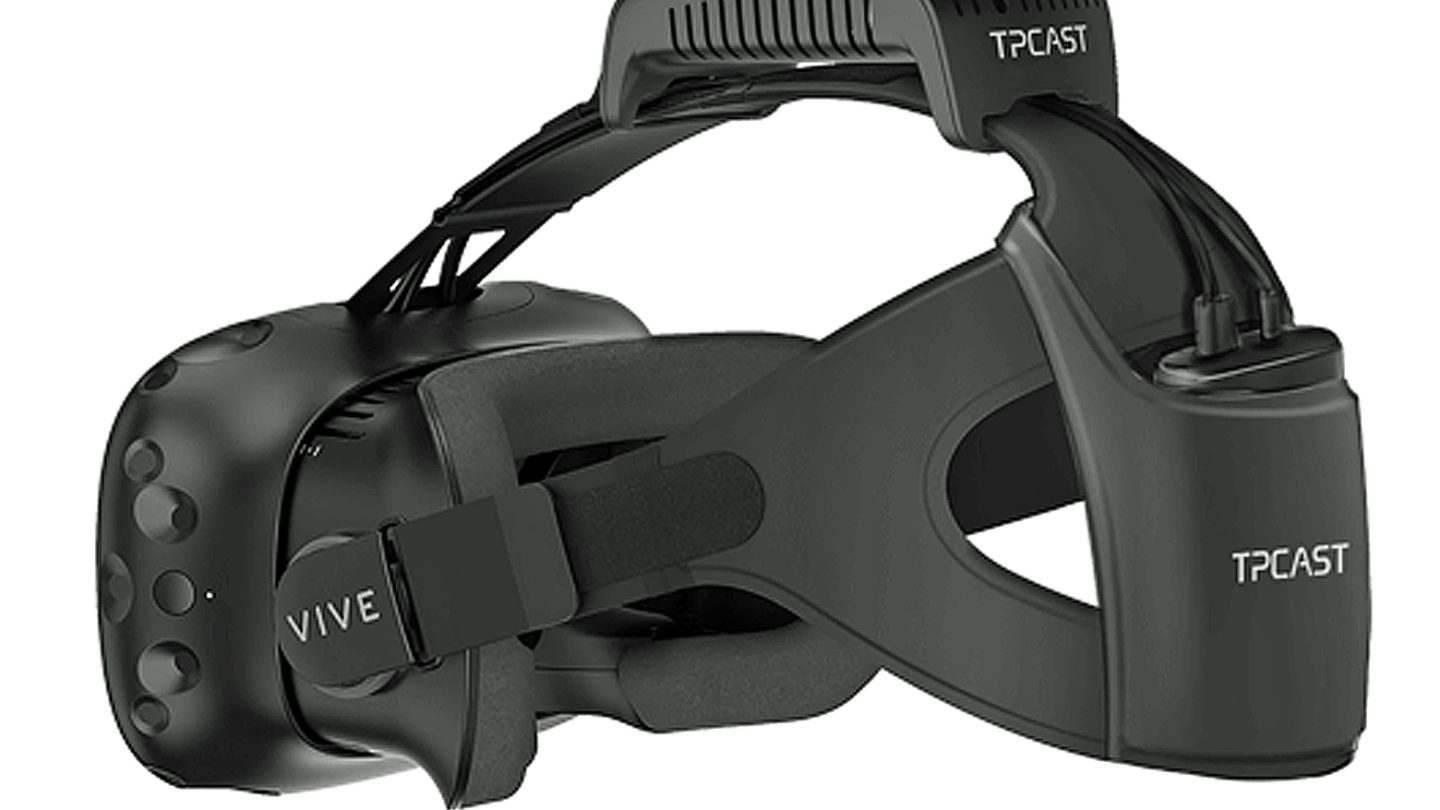 If you love the high-end VR experiences that the HTC Vive provides but just can’t stand the ridiculous tangle of thick cables that inevitably wrap around your legs and ankles, listen up: HTC’s Vive X accelerator has produced something that solves all of your problems. It’s called the TPCast, and there’s been whispers about it for a few weeks now, but it just showed up at CES in full force, and initial impressions suggest that it’s exactly what wire-hating VR fans have been dreaming of.

The TP cast attaches to the upper and rear bands of the Vive headset, with the battery pack tucked away inside the user’s pocket. It handles all the streaming data wirelessly to and from your gaming rig, and hands-on reports claim there is very little, if any, lag. That’s a very good thing, because lag in any VR app or game is a recipe for motion sickness and a much less enjoyable experience.

The battery pack it will ship with provides 6,000mAh of power, which the startup claims is good for about two hours of use per charge. That may seem pretty short, but VR is still at a stage where two hours in any virtual game is pretty much the limit of human endurance anyway. Still, it would be nice to have a bit more wiggle room, and that figure is likely to improve with future iterations.

Right now, TPCast is only available for preorder in China, but the company plans to roll out worldwide ordering soon, with shipping in the second quarter of 2017. It’ll launch for $249, but if you’re already buying a $800 headset for a gaming rig that likely cost you another $800 to $1200, slapping another $250 on top to make it a wireless experience is probably not a deal breaker.