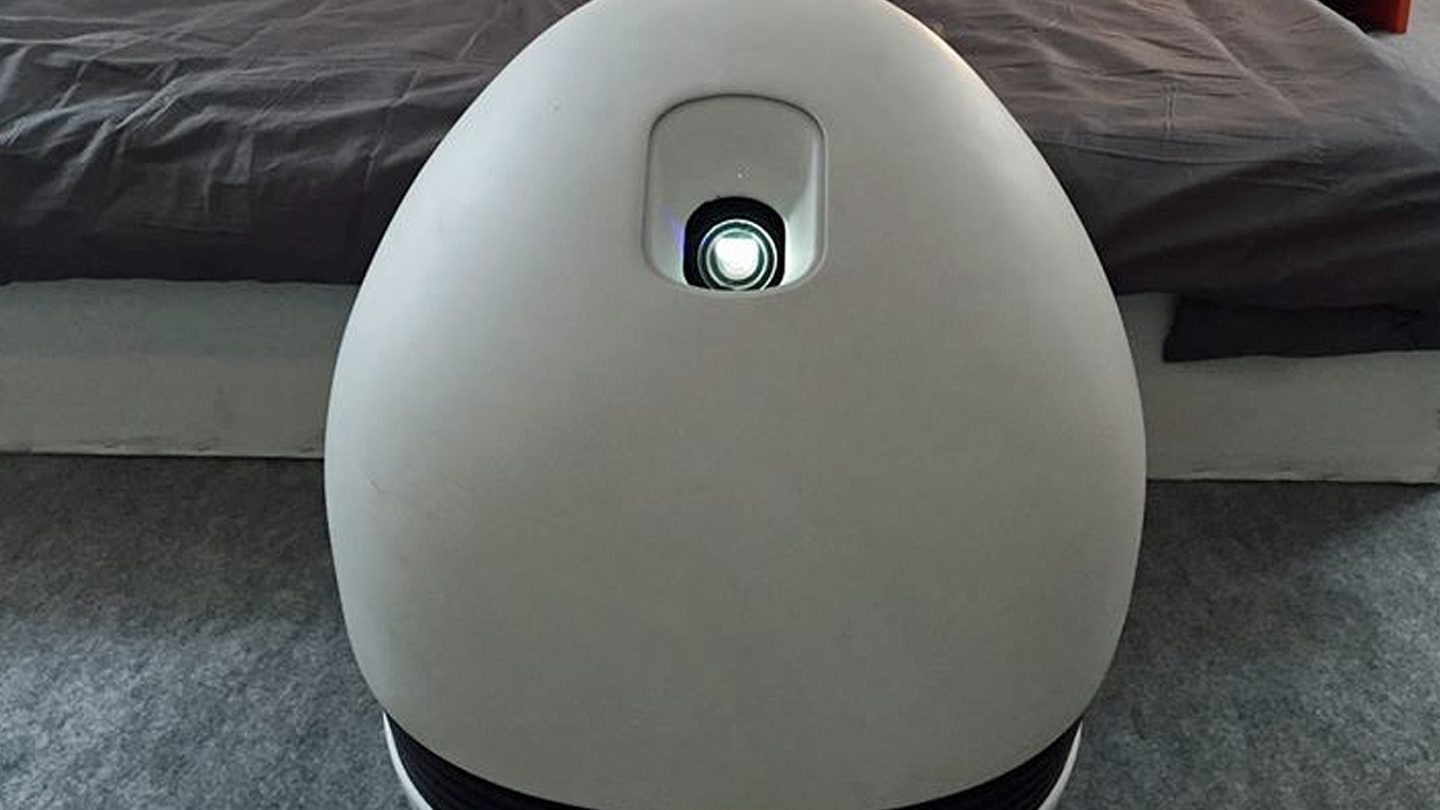 At its much-hyped WWDC 2017 keynote, Apple did what everyone already thought they were going to do by announcing a funky little home speaker. You’ve probably already read equal amounts of gushing and criticism of the device, its usefulness, its design, and its potential to either revolutionize home audio or completely flop. What you might not know is that the HomePod that appeared on stage in California on Monday isn’t actually the first “HomePod” at all. Prepare to be amazed.

This is the Keecker. It’s a futuristic-looking, egg-shaped do-it-all home robot that has a built-in projector to shoot your favorite TV shows and movies onto various surfaces. It also takes photos with its built-in camera, monitors the temperature, humidity, and air quality, and — you guessed it — plays music. From the very start of its original Kickstarter campaign, the company has marketed it as “The World’s First HomePod.”

That 2014 crowdfunding effort raised a cool $260,000, and the devices were supposed to begin shipping in early 2015. Today, over two years later, the bots still haven’t shipped. Keecker has updated its supporters to let them know that the project is still in the works, and that “the waiting is close to over.” They chalked up the delays to problems in the manufacturing process, blaming a vendor who “was not able to deliver what they had promised.”

At the time of its introduction, the Keecker “HomePod” had some pretty impressive specs, including 720p video projection, 3GB of memory, a full terabyte of storage, and a 2.7GHz Qualcomm 8084 CPU. Today, nearly three years since the crowdfunding campaign, the hardware sounds a lot less impressive, especially when you hear that it’s still running Android 5.0.

The real question here isn’t so much whether or not the Keecker robot competes with Apple’s own HomePod — it doesn’t — but whether, if the startup is able to actually ship the thing, Apple will take issue with Keecker’s habit of promoting it as a “HomePod.”