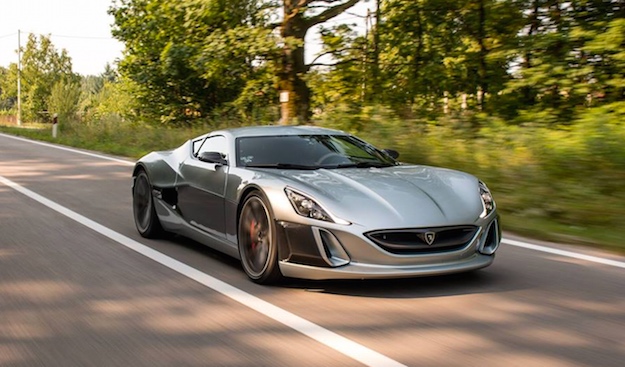 In a harrowing incident that thankfully resulted in no fatalities, former Top Gear host Richard Hammond recently lost control of a $1 million Rimac Concept One supercar and crashed into a house while driving in Switzerland. Hammond was driving the car for a segment that was set to air on The Grand Tour, a car-enthusiast show on Amazon Video. Jeremy Clarkson, a co-host on the show who you might also recognize from Top Gear, took to Twitter this weekend and said that the incident was the “biggest crash I’ve ever seen and the most frightening.”

Incredibly, Hammond didn’t appear to suffer any serious injuries during the accident, save for a fractured knee, though he was swiftly taken to a nearby hospital for observation. Even more incredible is the fact that Hammond managed to climb out of the car wreckage on his own accord. Ultimately, the pricey Rimac Concept One burst into flames.

A spokesperson for the show issued the following statement in the wake of the crash.

Richard Hammond was involved in a serious crash after completing the Hemburg Hill Climb in Switzerland in a Rimac Concept One, an electric super car built in Croatia, during filming for The Grand Tour Season 2 on , but very fortunately suffered no serious injury. Video of the crash was even posted to YouTube yesterday afternoon. As evidenced below, the crash could have easily been much worse. Incidentally, the root cause of the accident remains unknown at the moment.