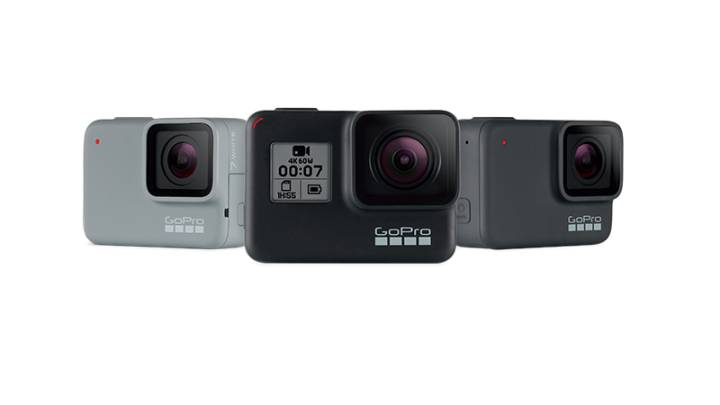 GoPro hasn’t enjoyed much in the way of positive press lately, things having gotten so bad that CEO and founder Nick Woodman saying in recent days how excited he is “to shatter the myth that the world is over GoPro.”

That comment came in the wake of things like GoPro giving pink slips to almost a fourth of its workforce earlier this year, killing off its drone unit, a decline in the stock price and speculation (from Woodman himself) that the company might be sold. Fast forward to today, and the company seems to be in a bit of a better position at the moment. Thanks in part, it hopes, to a refresh of the company’s camera line, with the announcement today of three new Hero7 models.

Woodman was on CNBC earlier today saying the company is in a good place — he expects it to be profitable by the end of the year, swatted away an interviewer’s question about selling the company (which is no longer being contemplated) and is touting the new cameras as a return to form of sorts.

There are black, silver and white models of the new Hero7, which are billed as rugged, pocket-size units that capture high-quality photo and video, are waterproof as well as voice command-enabled and have Wi-Fi connectivity for pairing to a mobile device.

The $299 HERO7 Silver and $199 HERO7 White both shoot in three modes — photo, video and time lapse. They have built-in electronic image stabilization to smooth out playback of bumpy and shaky experiences, which should of course be helpful when you’re doing anything from skiing to swimming to playing with your kids in the yard.

“But what’s arguably most impressive is the entirely redesigned user interface,” the company said in its announcement. “This new UI resembles the feel of a smartphone and delivers epic content with a few taps of your finger. Plus, new tools, such as vertical capture, the pre-set Short Clips video feature and selfie/group-friendly Photo Timer, take the guess work out of video and photo capture.

The Hero7 Black, for $399, is the flagship model that sports a feature called HyperSmooth. Which GoPro touts as the “best in-camera video stabilization ever featured in a camera. It makes it easy to capture professional-looking, gimbal-like stabilized video without the expense or hassle of a motorized gimbal.” All of the new models are available for pre-order starting today at GoPro.com. They’ll be in stores internationally beginning Sept. 27 and in the U.S. on Sept. 30.

Here’s a rundown on the features for each: