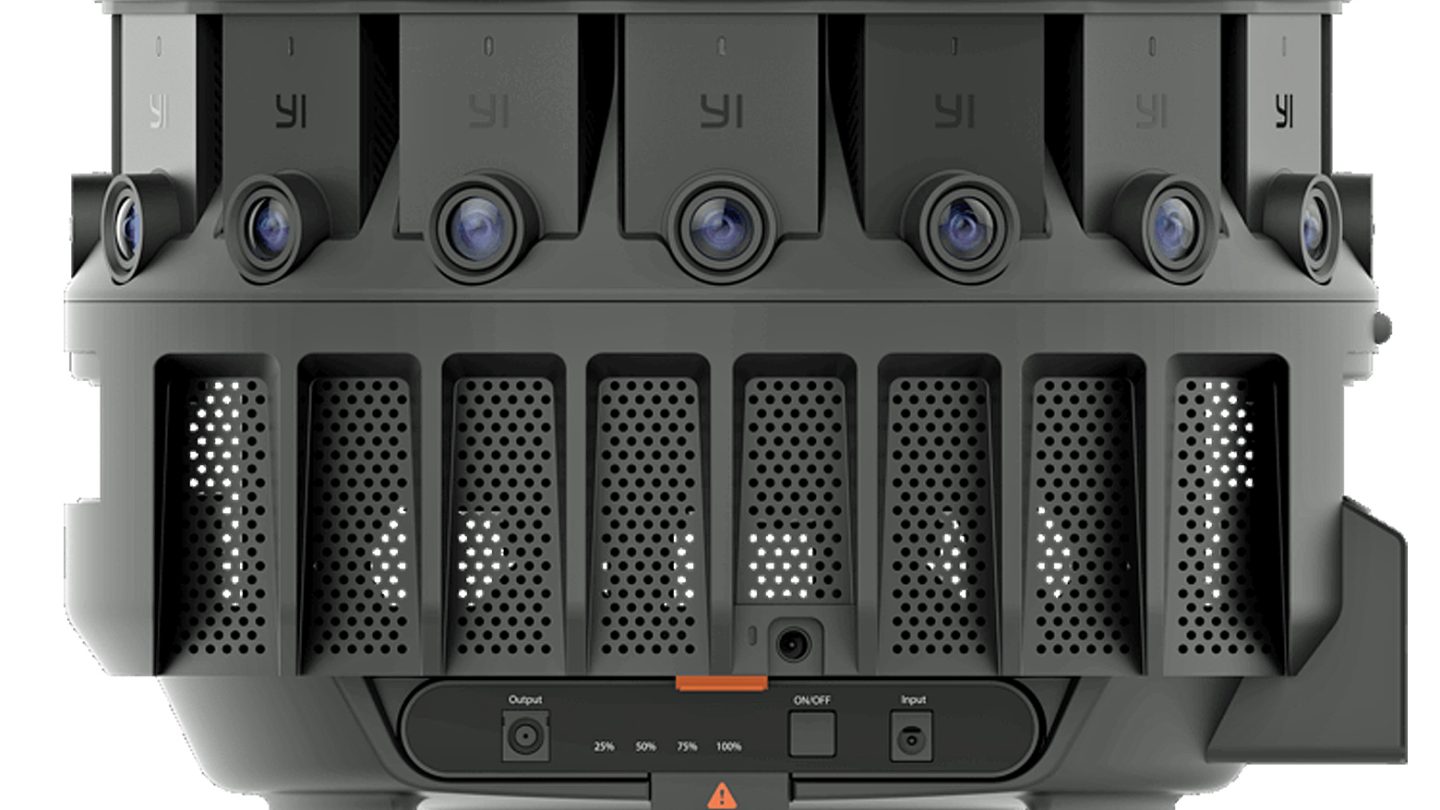 Over the past couple of years, several gadget makers including Samsung, Nikon, and LG have been trying to make 360-degree video recording as straightforward and affordable as possible, with mixed results. The technology is a boon for VR developers wanting to capture realistic environments for their virtual reality experiences. Google announced a promising 360-degree video platform of its own way back at I/O in 2015, along with the GoPro-built Odyssey camera rig. Now, Google has teamed up with another company in the hopes of making Jump a household name in VR video, and “affordable” isn’t exactly the best way to describe it.

Google’s new rig is called the Yi Halo, built in partnership with GoPro-alike Yi Technology. It’s a ridiculously high-end piece of hardware, with no less than 17 separate 4K cameras built in — a 16-camera ring topped with the 17th lens, which faces straight up. The rig can produce stereoscope — that is, 3D video with depth for extreme realism — at resolutions of 8K (30fps) as well as 6k (60fps).

The Yi Halo is remarkably portable for such a powerful device, weighing in at less than eight pounds, and a relatively small footprint. That being said, it’s still obviously a gadget made purely for professionals, and nowhere is that more apparent than on its price tag. The privilege of owning the Yi Halo will set you back a cool $17,000, that is, unless you can convince Google to give you one for free.

The company has announced that it is handing out over 100 of the cams to filmmakers who want to use it for their projects. Aspiring VR shutterbugs can request access to a Halo by sending an application before May 22nd, 2017.