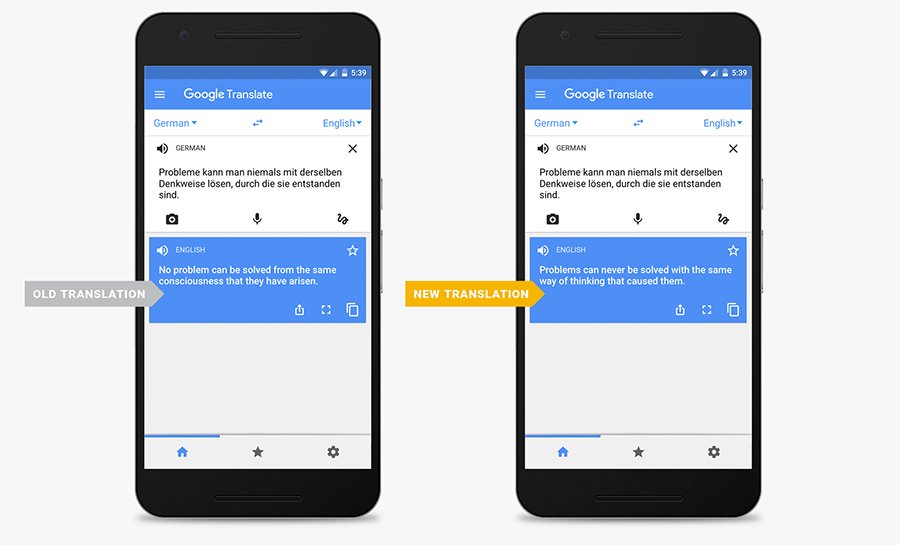 Over the last decade, Google Translate has gone from a mildly amusing diversion to an often-useful tool. With a massive update to 10 languages today, Google is stepping firmly onto the territory of professional translators, with a neural-net powered version of Translate that’s far more fluent and readable.

DON’T MISS: Apple insider says demand is dwindling because the iPhone 7 is boring

In a blog post today, Google announced that the new neural net version of Translate is rolling out to eight languages. You can now go to and from English and French, German, Spanish, Portuguese, Chinese, Japanese, Korean and Turkish, which Google says covers a little more than a third of all translation queries.

In a report published months ago, Google said that “GNMT reduces translation errors by more than 55%-85% on several major language pairs measured on sampled sentences from Wikipedia and news websites with the help of bilingual human raters.

Today, the company is rolling out GNMT in the Translate app you’re probably already familiar with, and the results are genuinely staggering. If you’ve used Google Translate to read a news article from a foreign newspaper before, you’re probably used to the garbled sentences that come out, and having to work hard to understand the meaning.

I translated a few news reports from French to English using the new Translate, and the results are far more nuanced and readable. Google does a much better job of finding the word that fits better to make the phrase work, rather than using the directly literal translation. Apart from a few sentences that stand out, and the order of words on occasion, I wouldn’t know that I’m reading a translated article.

Google says that with this update, “Translate is improving more in a single leap than we’ve seen in the last ten years combined.” From checking the results between two languages I understand, I’d have to agree.