With 2019 right around the corner, the year-end retrospectives about how we digitally spent the last 12 months have already started rolling in. Just last week, for example, Spotify rolled out Spotify Wrapped, which tells users which songs and artists they listened to the most over the past year. And earlier this week, Netflix released a list of the most binged shows across 2018.

In light of that, one of the more interesting 2018 retrospectives we’ve seen focuses on which Google searches were the most popular across each state. Specifically, AT&T tapped into data from Google Trends and came up with a rather amusing look at the most popular “should I…” questions on a state by state basis.

“Should I vote” was the most-popular question in seven states, which isn’t surprising, given the exciting races in many areas. Indiana and Michigan, on the other hand, are more concerned with the other four-letter v-word: vape.

As to the methodology, here’s how it was all compiled:

Using Google autocomplete, we looked at over 100 of the most popular Google search queries that start with the phrase “Should I…”. From there, we found the most distinct search for every state using Google trends data from the past year.

The full US map which highlights the “Should I” results can be seen below. 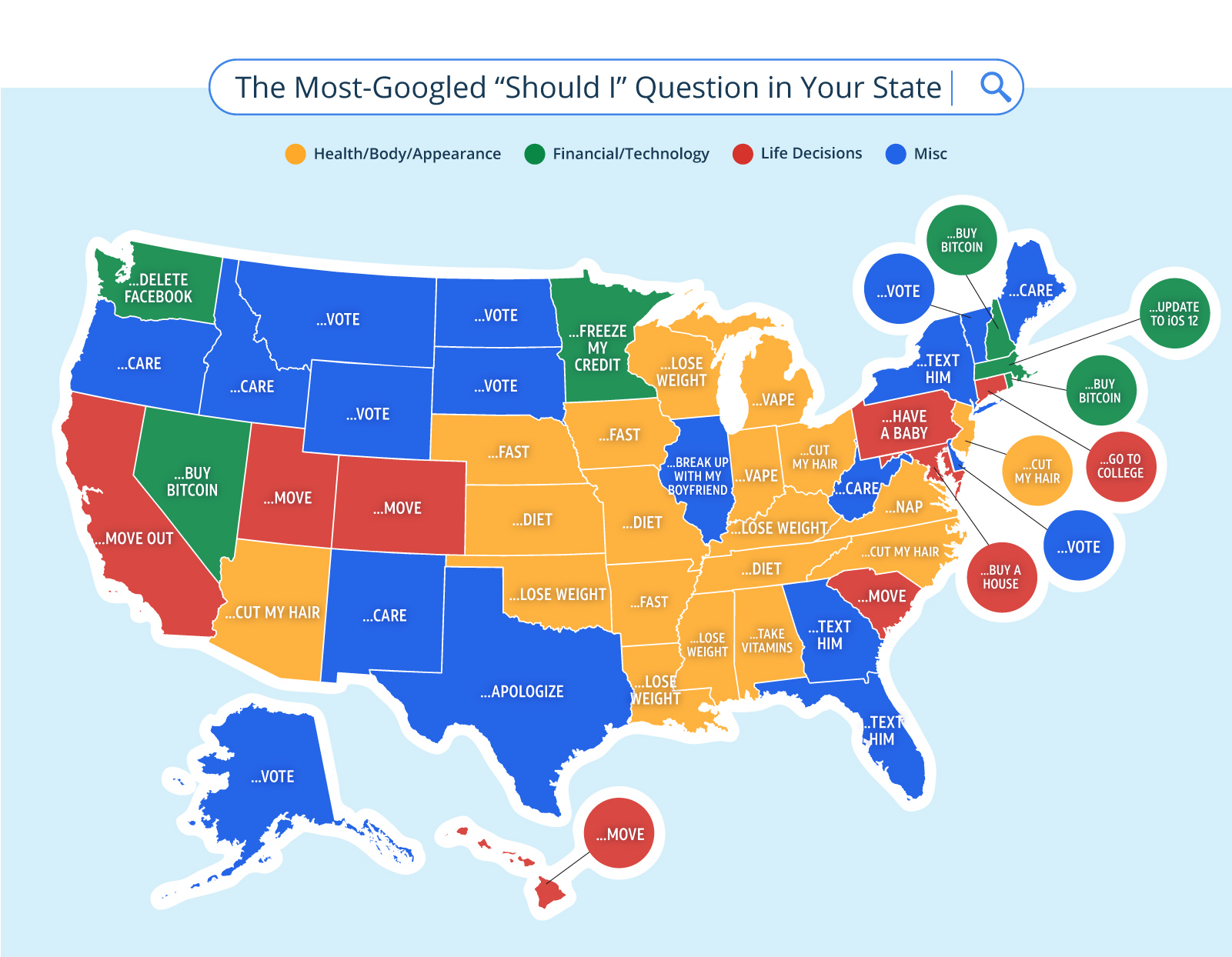