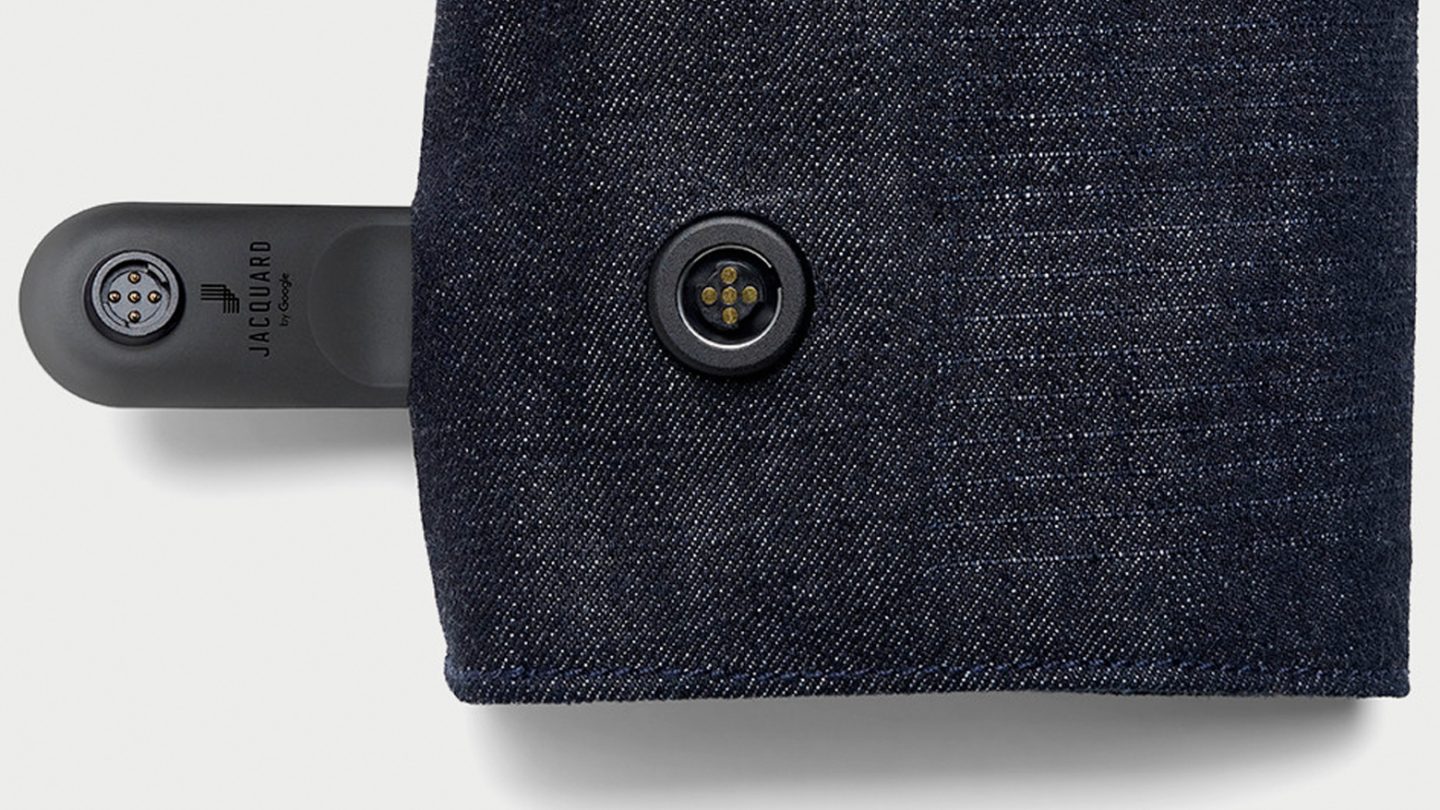 If you’re not tired of hearing the word “smart” in front of random appliances, furniture, and pieces of clothing, Google has a hot pitch for you. It’s a smart jacket from Levi’s and it uses Google’s smart textiles platform that goes by the nickname “Project Jacquard.” It’s being shown off this week at SXSW, but even if you saw the jacket being worn by a fellow festival-goer, there’s a really good chance you wouldn’t even realize it.

Without a bunch of goofy screens or flashing LEDs, Levi’s Jacquard jacket doesn’t give the outward appearance of being a gadget at all, and that’s kind of the point, at least in Levi’s eyes. At a panel at SXSW, Google’s Ivan Poupyrev suggested that the company’s original vision for the smart apparel included a display of some kind. Levi’s VP of global innovation Paul Dillinger shot down that idea and insisted the tech be integrated into parts of the jacket that already exist naturally.

The result is a fabric touch interface that can’t be seen, but still allows the wearer to control various functions of a synced device like a smartphone. Swiping across the sensitive area of the jacket, located near the wrist, lets you skip songs and answer callsA small USB device plugs into the jacket to provide its smart functionality and can be removed so that the garment can be laundered.

It’s an interesting — and from various hands-on reports, adequately functional — implementation of touch technology, but its usefulness is obviously a big question mark. Swiping at your wrist to control your phone is essentially what you do with a smartwatch already, and given that you won’t conceivably be wearing a jacket all day long, it seems like a very small niche to try to exploit.