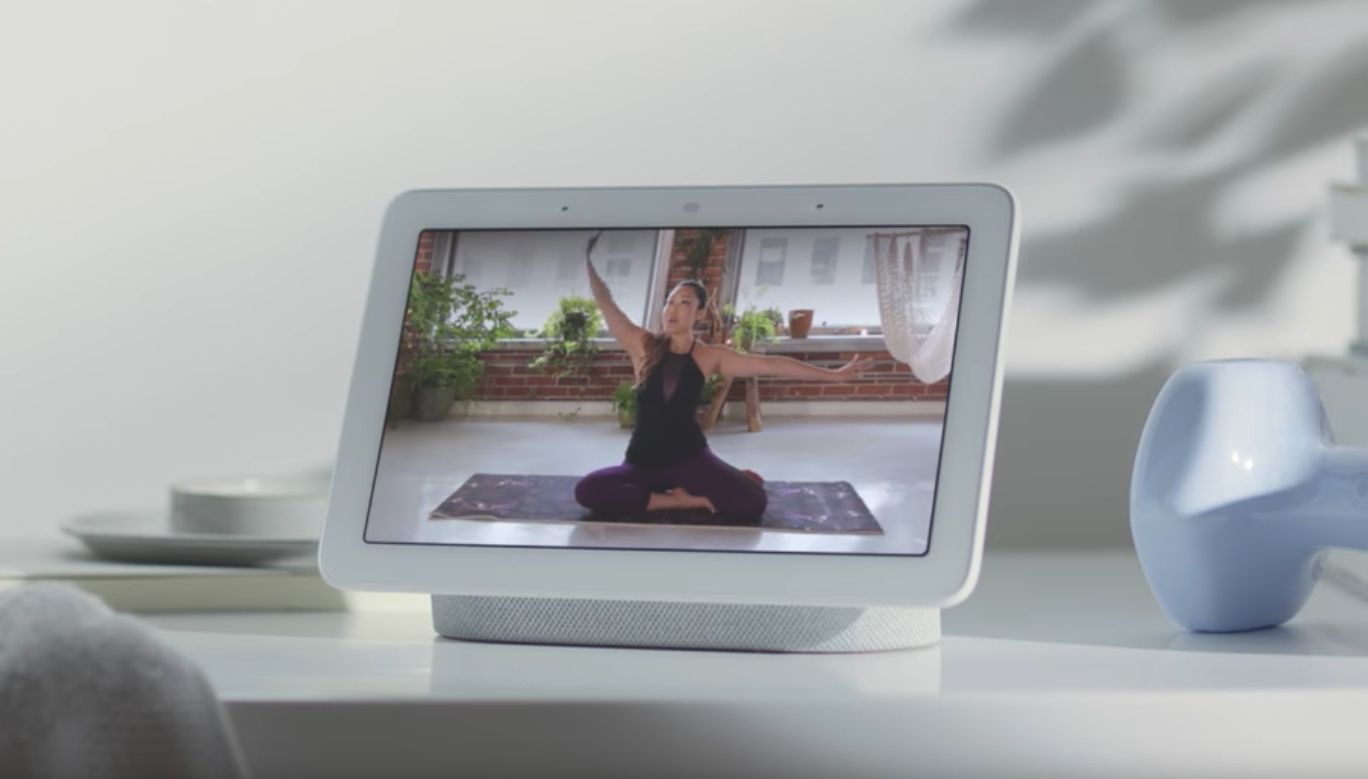 Google’s fall event is upon us and the company’s love affair with home tech is well represented by the all-new Home Hub. Following in the footsteps of the Google Home, the Home Hub is a do-it-all AI-powered speaker that handles lots of tasks with just your voice. But it also has a screen.

A big display on the frontside of the device delivers useful information when Google thinks that you need it. The whole “personal Google” push is present in weather reports that show up first thing in the morning, as well as smart home integrations that let you do things like turn on lights or start up a smart coffee maker.

Google offers a few use cases for the Home Hub, such as looking up recipes in the kitchen to taking it to your home gym to watch a yoga tutorial while sweating it out. Google is tossing in six months of YouTube premium when you buy a Home Hub so that you have plenty of content to watch.

The display looks fairly large, and the entire rear of the device is a large speaker. It looks a bit like a tablet laying on top of a stand with a built-in speaker, which is a contrast from Amazon’s Echo Show which is more monolithic. The device comes in four colors including white, dark gray, a light teal and a salmon-ish hue.

With privacy in mind, Google decided not to put a camera on the device. That’s one thing that Amazon has caught flack for with the Echo Show, and Google clearly didn’t want to repeat that with the Home Hub. Aside from the display, the device works very much like the Google Home already in homes, with personalized voice recognition, alerts, and other information delivered based on the time of day.

A pull-down “dashboard” acts as the smart home center for the Home Hub, so you can manage the various devices in each room independently. The Google Home mobile app will also be updated with the same dashboard, allowing remote control when you’re on the go.

The Google Home Hub will set you back $149.99. You can preorder it starting today and it hits retailers on October 22nd.