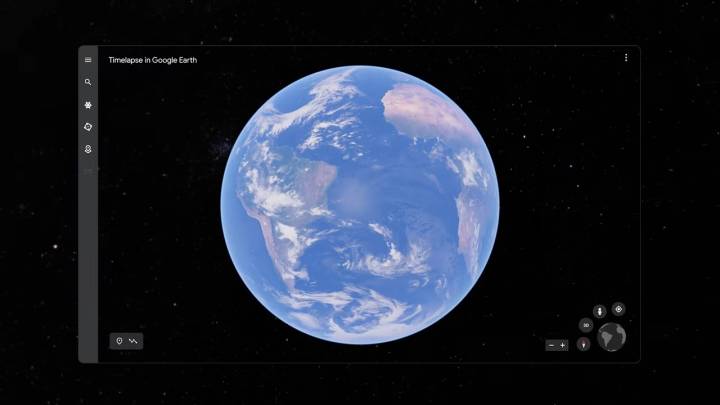 When we think about Google’s apps and services, we often think about the ones that provide the most utility. Google Maps helps us get where we’re going, Google Drive offers a free suite of productivity software, Google Chrome is the most popular browser on the planet, and Google Search is so ubiquitous that it has turned into a verb. Google Earth might not be quite as applicable in our everyday lives, but either way, you need to check out its latest update.

On Thursday morning, Google rolled out its biggest update for Google Earth since 2017 with the introduction of 3D timelapse videos. As Google explains in a blog post, the timelapses were created using 24 million satellite photos from the past 37 years that show how the planet has evolved over the last few decades.

In addition to being incredibly fascinating to watch, the timelapse videos do about as good a job of showing how our planet has changed as any media I’ve ever seen. Some of the effects of climate change are impossible to ignore, from the wildfires in California to the hurricanes in the South. Others, like melting glaciers in the Arctic, feel more abstract when we read about them online, but are put into sharp relief in these videos.

If you want to see the timelapses, just head to g.co/Timelapse in your browser. You’ll start in 1984 and within seconds, the Earth will start to fast-forward through time, bringing you all the way to the present day. You can explore freely, search for a specific place in the search bar, or choose one of the guided tours that Google has put together: Changing Forests, Fragile Beauty, Sources of Energy, Warming Planet, and Urban Expansion.

If you want to watch or download a video of a specific region or theme, Google has also uploaded more than 800 timelapse videos on YouTube, which you can find at g.co/TimelapseVideos.

Rebecca Moore, director of Google Earth, explains just how significant this update is for the platform:

As far as we know, Timelapse in Google Earth is the largest video on the planet, of our planet. And creating it required out-of-this-world collaboration. This work was possible because of the U.S. government and European Union’s commitments to open and accessible data. Not to mention their herculean efforts to launch rockets, rovers, satellites and astronauts into space in the spirit of knowledge and exploration. Timelapse in Google Earth simply wouldn’t have been possible without NASA and the United States Geological Survey’s Landsat program, the world’s first (and longest-running) civilian Earth observation program, and the European Union’s Copernicus program with its Sentinel satellites.

You can see the timelapses for yourself on Google Earth, but here’s a preview video to whet your appetite: