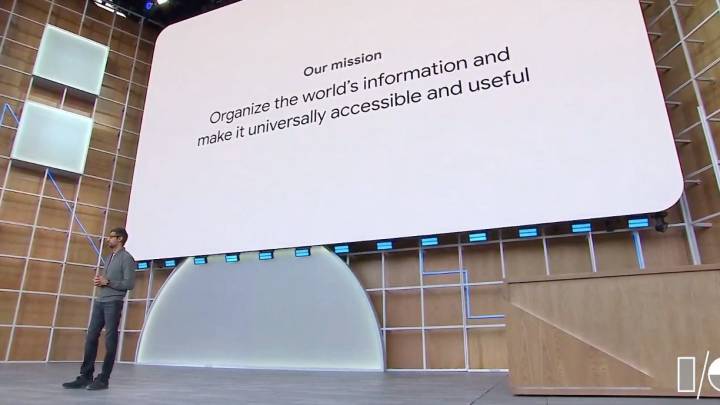 Did you ever notice how you tend to Google the lyrics of a song and then you don’t bother clicking through to Genius’s website because Google displays them right on the search results page? Well, Genius alleges that Google has been copying its lyrics for years and posting them directly on Google Search, thus preventing visitors from going to its own site. And here’s the best part: Genius says it hid a Morse code message within some lyrics on its site to prove Google has been stealing them and reposting them word for word.

Genius first suspected Google of wrong-doing in 2016 when a software engineer discovered that Desiigner’s Panda song lyrics on Google matched the ones on Genius. The song has lyrics that are very difficult to understand, The Wall Street Journal reports, but Genius had the error-free version of the lyrics straight from the artist.

“We noticed that Google’s lyrics matched our lyrics down to the character,” Genius’s chief strategy officer Ben Gross told The Journal. Genius notified Google in 2017, and then again in April of this year that copied transcriptions appeared on Google Search.

“Over the last two years, we’ve shown Google irrefutable evidence again and again that they are displaying lyrics copied from Genius,” Gross said.

To catch Google, Genius watermarked lyrics with the help of apostrophes, alternating between straight and curly single-quote marks in exactly the same sequence for every song. When turned into dots and dashes, the apostrophes spell the words Red Handed, which is a smart trick.

Google claims that the lyrics found inside those “information panels” on its site are licensed from partners and not created by Google.

“We take data quality and creator rights very seriously and hold our licensing partners accountable to the terms of our agreement,” Google told The Journal. Moreover, Google issued a second statement to say it’s investigating the issue and will terminate its agreements with partners that aren’t “upholding good practices.”

The report notes that Google partnered with LyricFind in 2016, but the company’s chief executive Darryl Ballantyne told The Journal that it doesn’t source its lyrics from Genius, relying on its own content team for the lyrics.