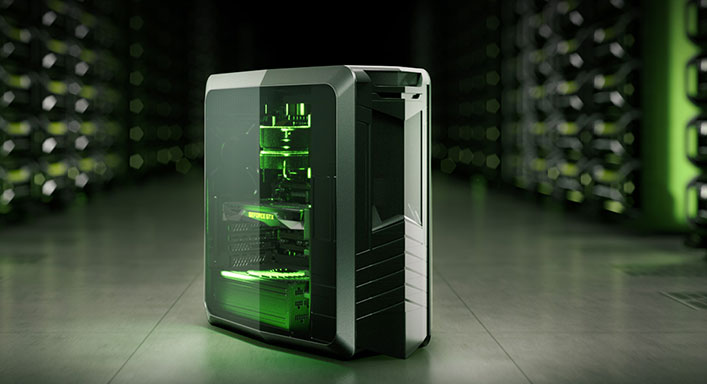 Good luck playing some of the hottest PC games out there if your main computer happens to be an aging laptop. In fact, if you’re a MacBook kind of person, then even the latest 2016 MacBook Pro will not support the kind of hardcore games you may be need to game on the go. Fret not, however, as Nvidia has a solution for you, and it’s one that won’t require you to pay any cash for extra hardware.

Nvidia won’t sell you a dedicated enclosure to house a latest-gen graphics card that will let you play hardcore games on your PC or Mac. Rather than doing all the processing locally, Nvidia will give you access to its cloud where all the magic will happen. Because all of the heavy lifting happens in the cloud, all you need is a decent internet connection and you’re good to go.

Dubbed GeForce Now, the gaming subscription service will let you stream games to any computer. Mind you, these are genuine games that you purchase from whatever stores you want. The list includes Steam, Battle.net, UPlay, Origin, and other game distributors.

Another awesome benefit of the service is that it’ll allow Mac users to play Windows games as soon as they’re available, rather than waiting for a Mac version to roll out. Once that’s done, you’ll be able to run that game in the cloud. Nvidia’s Grid cloud will do all the processing, and you’ll play the game on your computer.

While you won’t pay for any hardware, playing games using GeForce Now won’t be cheap. The service will cost you $25 for every 20 hours (GTX 1060 PC) or 10 hours (GTX 1080 PC) of gameplay. That might be perfectly fine for occasional gaming, but if you’re serious about your PC gaming, then those fees are going to add up fast.

The service also synchronizes game progress and achievements with locally installed games, meaning you can continue playing games on the desktop PC you might have at home without losing any progress. And before you start paying, you’ll be able to play for free for 8 hours on a system that packs a GeForce GTX 1060 GPU, or 4 hours on a GeForce GTX 1080 PC.

The GeForce Now service rolls out in March in the US as an early access version, with a full commercial service scheduled to launch this spring.