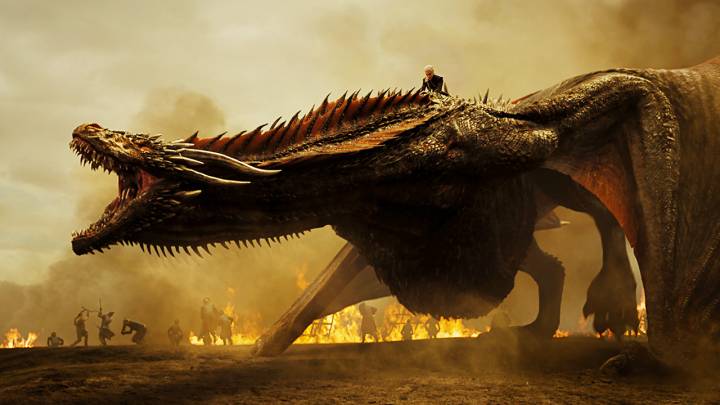 As unbelievable as it may seem, Game of Thrones season 7 is over, which means that, for the first time in almost two months, we won’t have a new episode to look forward to. The grand finale of season 7 was 81 minutes long, and delivered a bunch of great twists and turns along the way. Overall, it’s a great ending for the season, as all the puzzle pieces are gently positioned for next year’s series finale.

But as amazing as this season was, there are things that are simply wrong with Game of Thrones that we just can’t ignore. HBO is yet to explain some of them, but last night’s episode at least does address one of the worst things about this season. Beware, Game of Thrones fans, spoilers follow.

HBO decided that 7 episodes are enough for this season, which means we’ve witnessed some of the thrones-gaming at incredible speeds. And in all that process, HBO sacrificed a major element of anyone’s reality: the passage of time.

I’ve complained about it in the past, but The Dragon and the Wolf finally addresses it. In fact, it seems that by episode 7, it finally dawned to HBO co-creators and writers that time is important. The White Walker attack is imminent, so we need to talk about time, just to make it clear to the viewer how crucial it is for everyone to get their stuff together and face this undead army. Jon Snow has been saying it throughout the season — we really need to fight this enemy — but we’ve never sensed the threat.

That’s because HBO employed plenty of “time-traveling,” fast dragons, and even faster ravens. That is, until last night, when the writers mentioned time at least three times as if they were driving home a point — you know, like with the fact that Dany can’t have kids, a point the show hammered in episode 6.

First, it’s Littlefinger — oh how we’ll miss thee — who comforts Sansa by telling her that “it’s not easy for ravens to fly in these storms, perhaps Jon tried to send word earlier.” Finally, someone says that ravens do not work like email or instant messages. And that’s after we see a raven battling the bad weather in Winterfell.

Then, Jon Snow, the newly anointed strategic leader of the Targaryen alliance, explains how long it takes to Winterfell from Dragonstone. “If we have the Dothraki ride hard on the King’s Road, they’ll arrive in Winterfell within a fortnight,” he said. The plan also includes having him, Dany, the unsullied, and everyone not keen on riding hard, taking whatever is left of the Yara Greyjoy’s fleet to White Harbor. That’s where they’ll link up with the Dothraki, and they’ll march forward to Winterfell. It still takes at least two weeks for everyone to get there (see image above).

Jaime Lannister has a similar plan — in white in these images. He wants to give his lords three days to get the supply train ready for the campaign in the north instead of the two weeks they’d need. Then, the troops stationed in King’s Landing will link up with the Lannister forces coming from Highgarden and the west at Lord Harroway’s Town.

In all, they’d still need at least two weeks to get to Winterfell. Better make it three, because they’re not as good as the Dothraki at riding hard, and they need a few days for supplies. Well, that’s all in theory, because Cersei thinks she can outsmart everyone with her new games, and the Lannister army isn’t going anywhere.

I was annoyed with time passage throughout the season because the show hardly featured the White Walkers. But now that they have a dragon, it looks like they’re a lot faster than you thought. They just crushed Eastwatch up north. and they’re marching southwards, likely crushing all opposition in their way. Thus, Winterfell will be the most probable first major battle of next season. Looking at the maps above, something tells me that the walkers should reach the northern capital before the Dothraki. You know, because of distances.

What’s also disturbing is that it took the walkers and their dragons one to two weeks to crush Eastwatch. How do we know that? Well, Jon Snow needed less than a day to reach the outpost, and then he and Dany returned to Dragonstone by ship. That’s one to two weeks for the undead horde to march the same distance that Uncle Benji’s horse did in less than a day. Time is bizarre in Westeros.

Oh, and while we’re at it, we get it, Jon Snow really wanted to spend some quality time with his queen on the boat, and that’s why they took the scenic route. He’d been better off riding ahead of the Dothraki, as the leader of the North that he is. But the question is, how are the dragons going to arrive at Winterfell? They’re probably just circling over the fleet like they did before, aren’t they?

Finally, if you thought Westeros is big, then you should check out Essos too. Cersei’s Golden Company which has 20,000 men, cavalry, and war elephants, will need some time to prepare. Even if they’re already on standby. Even if Euron Greyjoy can haul them back to Westeros at incredible speeds, they can’t reach King Landing’s before the Dothraki arrive in Winterfell, can they?

All the maps above were captured using the GoT Map app, available at this link.