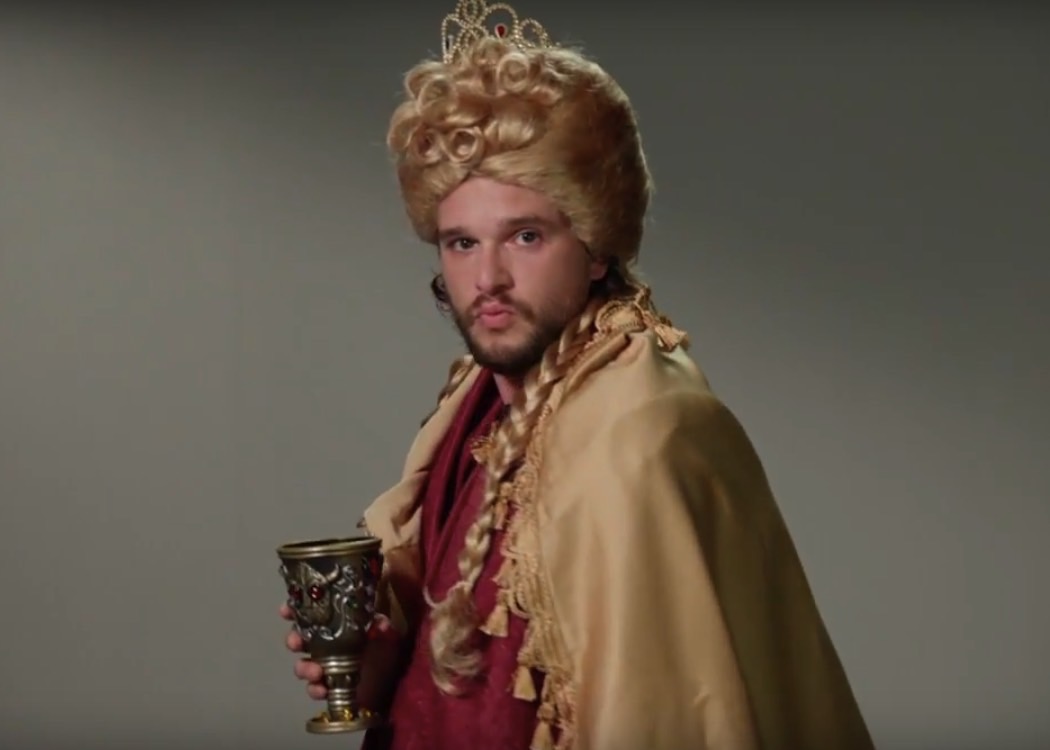 It’s finally happening: Game of Thrones returns to HBO on Sunday with an exciting new season that’ll finally bring us winters, walkers, and massive battles. At least, that’s what people say, as nobody was able to figure out the plot of season 7.

That means you’re going to see plenty of Game of Thrones promotion on TV in the days leading to the premiere, including this hilarious video that aired on Jimmy Kimmel Live, featuring none other than the guy who knows nothing, and who’s expected to soon be crowned as king of the entire north.

You may know him as Jon Snow in the show, but Kimmel tells us that Kit Harington auditioned for other Game of Thrones parts, and there’s never-before-seen video to prove it.

Apparently, Harington had absolutely no problem playing women on TV, including Cursei Lannister — you read that right. He also thought he could play the mother of dragons, or Arya Stark. He’d even go for Snow’s wildling girlfriend, Ygritte.

To cover all his bases, Harington also auditioned for Hodor, white walkers, and Harry Potter. Yes, everybody knows Potter isn’t in the Game of Thrones series, except for Harington.

The entire clip is hilarious, and you can check it out below.

On a more serious note, Game of Thrones premieres on HBO this Sunday at 9 PM ET/PT.