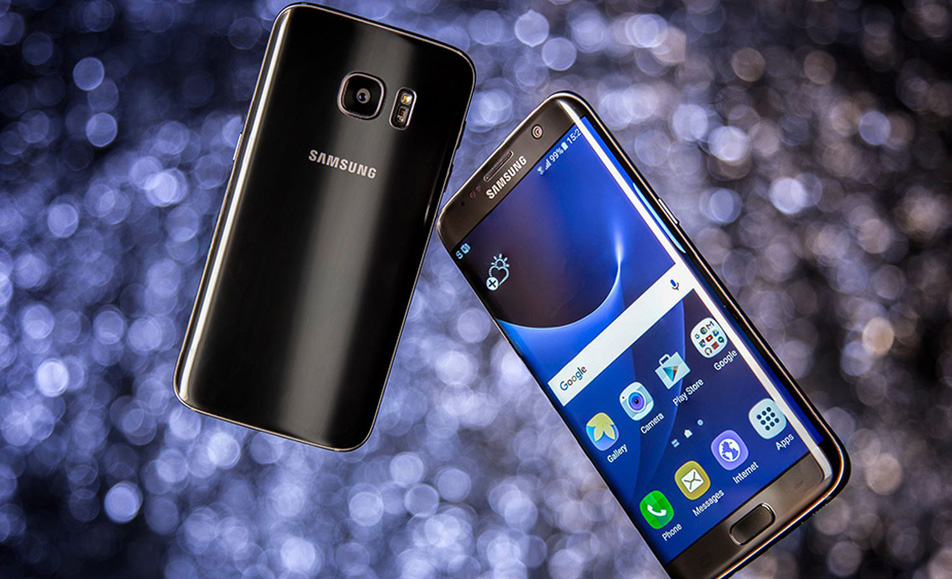 Samsung and Apple are in a race to reinvent the face of the modern smartphone. On Tuesday, we told you all about new evidence that had emerged to support earlier reports suggesting next year’s iPhone 8 will feature a bold new design overhaul. Apple is working toward a future iPhone with a face that is taken up entirely by the phone’s display, from rounded corner to rounded corner. Next year’s tenth-anniversary model isn’t quite expected to achieve that vision, but mounting evidence suggests that the device will no longer have a home button, instead embedding the Touch ID fingerprint scanner into the screen itself. The new iPhone models may also have light and proximity sensors embedded in the display, cutting down on even more space needed around the screen.

Of course, Apple isn’t the only smartphone maker working to eliminate the empty space around your smartphone’s screen. In fact, Samsung is already much further along on this quest, and reports suggest next year’s Galaxy S8 will push things even further. Now, a new video imagines what next year’s Galaxy S8 might look like if Samsung somehow manages to overcome all of the technological barriers currently standing between us and the all-screen smartphones we want.

Samsung is still in the early stages of trying to overcome what is nothing short of an absolute disaster in terms of image and public relations. As everyone knows all too well at this point, the company’s latest flagship smartphone, the Galaxy Note 7, has been discontinued just two months after having been released. Some early units were found to have a defect that caused the batteries to explode, and Samsung was forced to recall all 2.5 million phones that had been shipped. Unfortunately, several “safe” replacement Note 7 handsets also exploded while the recall was underway, so Samsung had to pull the plug.

This debacle is obviously going to cost Samsung. Big time. The company has to pay to reimburse or replace every Note 7 sold. It also won’t have a new flagship smartphone model on sale this holiday season. Finally, Samsung now must overcome a massive image problem that will get worse before it gets better — for the time being, people think of exploding smartphones whenever they think of Samsung.

In time, the company will recover. There is no question. Of course, if Samsung were able to release a smartphone that’s anything like the Galaxy S8 render in the video below, that recovery would happen far more quickly.

Android blog Techdroider created a Galaxy S8 concept based loosely on recent rumors. Reports have suggested that Samsung plans to remove the home button from beneath the new Galaxy S8’s display and reduce the amount of empty space under the screen, just as Apple is expected to do next year. Samsung is also believed to be following Apple’s lead around back, where the Galaxy S8 may feature a new dual-lens camera design.

The end result won’t be quite as crazy as the render this gadget blog came up with, but there’s no question that the Note 7 debacle would be quickly forgotten if Samsung did somehow pull this off. Check out the full video, which is embedded below.