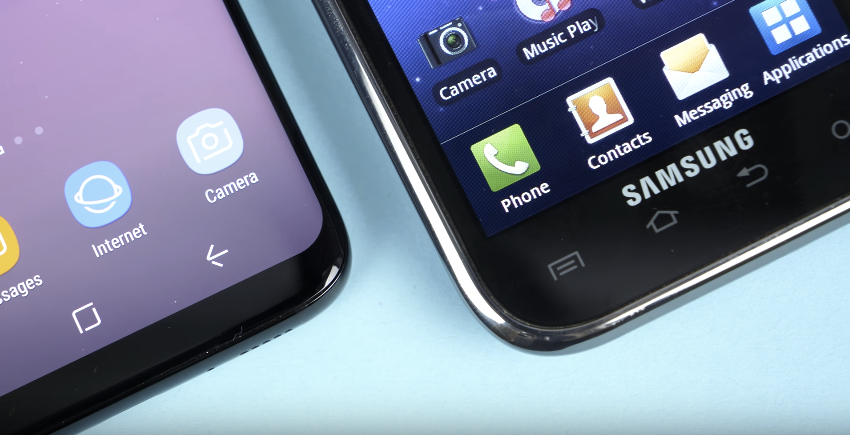 Apple announced the iPhone in 2007, and it soon became clear to Samsung that the iPhone was the device to replicate to succeed in the mobile business. The company has often been accused of copying everything about the iPhone with its Galaxy S phones. Lawsuits between the two revealed that “books” were written at Samsung about how to copy the iPhone, but this didn’t stop the huge conglomerate from continuing to get inspiration from Apple’s mobile creations. However, Samsung significantly improved its design game in recent years, and the Galaxy S8 is a culmination of those efforts.

A comparison between the original Galaxy S and the Galaxy S8 shows how far we’ve come in just a few short years.

The Galaxy S8 is probably the best-looking smartphone out there right now, thanks to its gorgeous Infinity Display and its curved design. The iPhone 8 is expected to feature a similar design, a rumor that actually predates all Galaxy S8 leaks — so in a way, Samsung already had a hunch this was going to be the next mobile design trend.

The original Galaxy S was probably one of the best iPhone alternatives back in 2010, and it was the handset that helped Samsung conquer the smartphone business in the years that followed.

Today, the Galaxy S is definitely not the phone you want to carry in your pocket, especially considering what 2017 smartphones can do. YouTube channel EverythingApplePro created a thorough comparison between the Galaxy S8 and the original Galaxy S that shows Samsung’s incredible progress over the years, and it’s a pretty fascinating video. Check it out below.