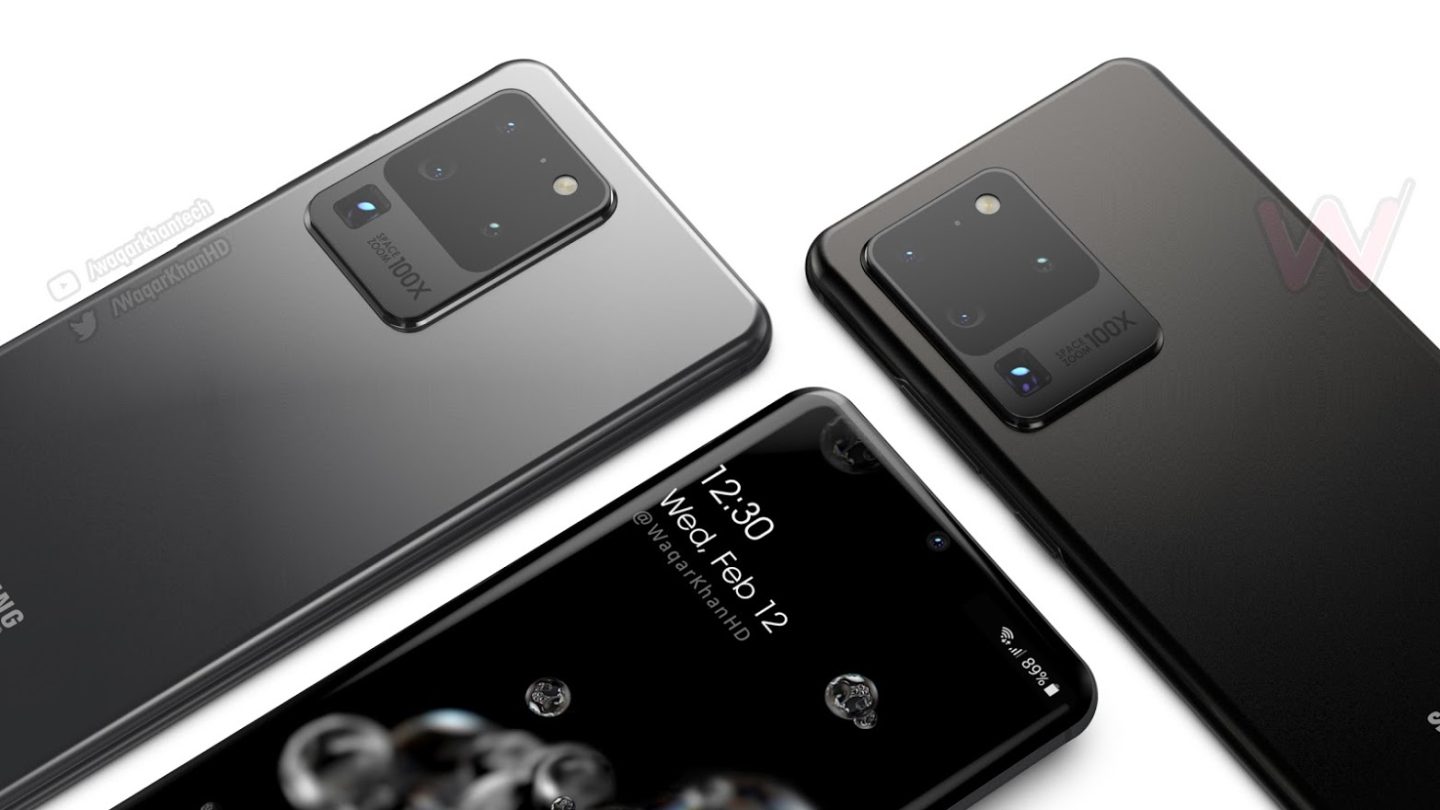 Pricing for Samsung’s Galaxy S20 series leaked over this past weekend, and we told you about it yesterday. Long story short, it’s pretty shocking. According to a source that has had reliable info in the past, the new S20 series will start at $999 for the Galaxy S20 with 5G and it’ll top out at $1,399 for the Galaxy S20 Ultra. That’s an awful lot of cash to spend even on a flagship phablet, though it’s still less than the $1,449 that Apple charges for a maxed-out iPhone 11 Pro Max. The more troubling news would be that $999 entry price for the Galaxy S20, however. T-Mobile will reportedly only offer Samsung’s Galaxy S20 versions with 5G, so the model without 5G support will be less expensive. That said, an earlier rumor suggested that 4G-only versions of the Galaxy S20 and Galaxy S20+ will only be $100 less than their 5G counterparts. If that’s accurate, we could be looking at an $899 price point for Samsung’s cheapest Galaxy S20 phone. As a reminder, this is the entry-level model that replaces the Galaxy S10e, and it’s going to go toe-to-toe with Apple’s $699 iPhone 11, which is likely the single best-selling smartphone out there right now. Ouch.

Samsung’s earnings have been in steady decline for quite some time now, and reports said that last year’s Galaxy S10e was Samsung’s most popular S10 model because it was so much more affordable than the others. Pricing its successor at $899 to start would almost certainly be devastating for sales, so we can only hope that some wires got crossed somewhere and it’ll be much more affordable than that when Samsung launches the new Galaxy S20 series next week. But today, we’re going to focus on a different S20 phone, the high-end Galaxy S20 Ultra. Every indication so far is that it’ll be worth its sky-high price tag, and now a new video shows off a stunning flagship smartphone that looks like it might just be an iPhone 11 Pro Max killer.

Now, when we say “iPhone 11 Pro Max killer,” we definitely only mean in terms of design. Huge iPhone 6s and iPhone 7 series sales mean that tons of Apple fans are due for upgrades right now. iPhone 11 sales have been through the roof as a result, and Apple confirmed as much when it reported record holiday-quarter earnings last week. That said, the iPhone 11 series design is the same as the iPhone XS series from 2018 and the iPhone X from 2017, so it’s a bit long in the tooth at this point.

Enter Samsung’s upcoming new Galaxy S20 series, and the Galaxy S20 Ultra in particular. This super-high-end model is going to be Samsung’s crown jewel for the first half of 2019, offering the latest and greatest specs, a stunning design, and the most sophisticated camera system Samsung has ever created. According to earlier leaks — and there have been plenty of leaks, so this is almost certainly all accurate — the Galaxy S20 Ultra features a 6.9-inch OLED screen with 3200 x 1440 resolution and a 120Hz refresh rate, a Qualcomm Snapdragon 865 processor, 5G connectivity, up to 16GB of RAM, up to 512GB storage plus microSD support, a quad-lens rear camera system with up to 100x digital zoom, a 40-megapixel hole-punch selfie camera, and a huge 5,000 mAh battery with support for wireless charging and 45W fast charging.

In a nutshell, the Galaxy S20 Ultra is shaping up to be the hottest new smartphone of 2019, and we doubt anything will top it for at least six months. And what’s more, all that beastly power is going to be wrapped up in one of the sleekest smartphone designs we’ve ever seen. The S20 series has leaked time and time again, and now YouTuber Waqar Khan has used all those leaks to render a realistic digital model of the Galaxy S20 Ultra. It’s flat-out stunning, and it’s almost certainly an accurate representation of what we’ll see Samsung unveil on stage at next week’s event. In fact, Samsung even managed to make the massive camera cluster on the back look good, which is a feat that not even Apple was able to pull off.

Samsung will announce the Galaxy S20 Ultra alongside the rest of the Galaxy S20 lineup and the foldable Galaxy Z Flip smartphone on February 11th during an Unpacked press conference in San Francisco. In the meantime, feast your eyes on what’s to come in the video below.