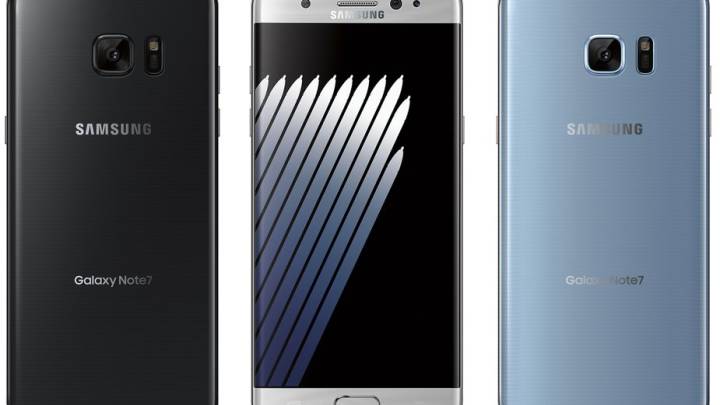 The Galaxy Note 7 is hardly a secret at this point. With a few weeks left until the next flagship phablet comes to town, the Galaxy Note 7 isn’t a mystery for anyone who has been following the rumors this summer. We’ve already seen multiple reports about specs and press renders. We know the phone will be Samsung’s next best thing, and it’ll also be one of its most expensive phones ever.

Now a batch of fresh leaks shows us the first actual photos of the upcoming smartphone.

Dutch site TechTastic posted an image of a black Samsung handset that appears to be a faithful copy of the Galaxy Note 7 renders that leaked a few days ago. We’re looking at a dual-edge screen, a home button that likely houses a fingerprint sensor on the front, and what may be an iris scanner on top.

If that’s not good enough for you, then Steve Hemmerstoffer has you covered. The man behind French site NowhereElse posted several images of the Galaxy Note 7 discovered in the wild, including better photos than the one above. You can check them out below.

Many reports have said the Galaxy Note 7 will be unveiled on August 2nd during a new Samsung Unpacked event, with the phone expected to go on sale at some point soon after that to give Samsung a head start before Apple releases the new iPhone 7 Plus.