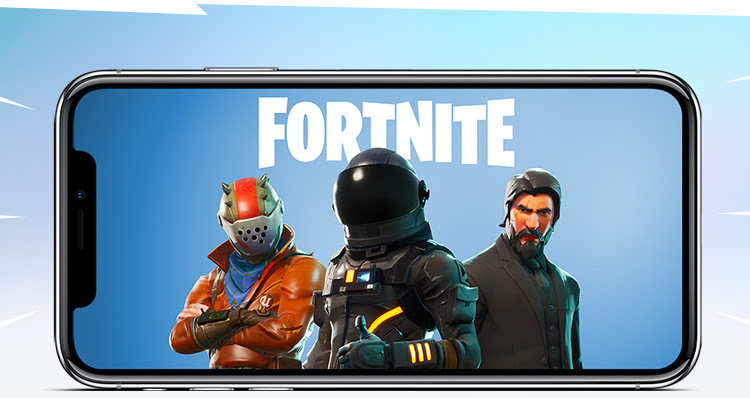 It’s now official, Fortnite for Android won’t be available from the Google Play store. The most exciting game out there, which is already available on all the other platforms, isn’t going to be as easy to install as you might be used to when it comes to games and mobile apps. That’s because Epic Games has decided to take the greedy path, which definitely isn’t good news for Android users.

Rather than making sure that Fortnite is available to all Android users via the Google Play store, Epic will force gamers to sideload the game, just as a leak revealed a few days ago. And the reason why Epic is doing it is to prevent Google from taking its 30% cut of in-app purchases. The game is free to play, but Epic makes a fortune from in-app purchases.

On iPhone, Epic had absolutely no way to avoid paying Apple its 30% cut. There’s no way to sideload apps on iPhone — well, it’s not as easy as on Android — so Epic had no choice. But CEO Tim Sweeney confirmed that Epic wants to cut out the middleman. Here’s what he told The Verge about it:

Epic wants to have a direct relationship with our customers on all platforms where that’s possible. The great thing about the Internet and the digital revolution is that this is possible, now that physical storefronts and middlemen distributors are no longer required.

The 30 percent store tax is a high cost in a world where game developers’ 70 percent must cover all the cost of developing, operating, and supporting their games. There’s a rationale for this on console where there’s enormous investment in hardware, often sold below cost, and marketing campaigns in broad partnership with publishers.

Yes, Apple and Google make a lot of money from app sales. Many people argue that 30% is too much, and that’s a discussion worth having as well. But let’s not forget that the 70% that goes to developers and publishers right now is well above the 0% they’d get otherwise. Apple invented this new revenue stream for developers many years ago when it launched the App Store on the iPhone. And Google was quick to follow, of course. Maintaining these massive stores doesn’t come cheap. And no developer should feel entitled to sell apps on iPhone and Android without paying anything to Apple or Google.

Without Apple and Google opening the doors for developers to all these consumer devices, there would effectively be no money to make. Anyone old enough to remember old third-party app stores like Handango will remember what a nightmare they were. With the App Store and Google Play in place, users have easy ways to discover and purchase apps, and it all happens securely. Apple has very tight rules in place for App Store access, and Google has been stepping up its security in recent years, as well.

By bypassing the Google Play store, Epic is giving hackers an incentive to attack unsuspecting Android users. It’s not unheard of for hackers to create lookalike versions of popular apps with the hopes of fooling Android users into installing them on their devices. It works all the time. And Epic can’t guarantee the security of Android users like Google does. The Play store has many tools to filter out malware apps, and, even still, malware still makes it inside from time to time. If you remove that element and encourage users to sideload apps instead, you can’t ensure that everyone will be safe. And you’re also setting a dangerous precedent.

On open platforms like PC, Mac, and Android, Epic’s goal is to bring its games directly to customers. We believe gamers will benefit from competition among software sources on Android. Competition among services gives consumers lots of great choices and enables the best to succeed based on merit.

But let’s not forget that neither PC nor Mac is open like Android. Both operating systems allow the installation of apps outside their respective app stores because that’s how things have worked on PC and Mac long before App Store came to be. Even still, installing apps from other sources on PC and Mac is a lot safer than on Android because of all the antivirus and anti-malware software that is widely used.

My definition: On an open platform, users are free install software from any source they choose, and developers are free to reach users and engage in commerce directly.

Sweeney insisted on the “open platform” model in comments to CNET where he touched on the security of sideloading apps, minimizing the risk. Here’s the full comment:

Open platforms are an expression of freedom: the freedom of users to install the software they choose, and the freedom of developers to release software as they wish. With that freedom comes responsibility. You should look carefully at the source of software you’re installing, and only install software from sources you trust.

Gamers have proven able to adopt safe software practices, and gaming has thrived on the open PC platform through many sources, including Steam, Battle.net, Riot Games, Good Old Games, and EpicGames.com. We’re confident Android will be similarly successful.

Most importantly, mobile operating systems increasingly provide robust, permissions-based security, enabling users to choose what each app is allowed to do: save files; access the microphone; access your contacts. In our view, this is the way all computer and smartphone platforms should provide security, rather than entrusting one monopoly app store as the arbiter of what software users are allowed to obtain.

He acknowledged on Twitter that Epic is taking security seriously:

Everyone active in the Android ecosystem, including Google, manufacturers, carriers, and now Epic Games, will need to work together to maximize the security of Android as an open platform. We recognize we're taking on a big responsibility here and take it seriously.

Well, Google is already working on making Android as secure as possible. That’s one of the purposes of the Play store, to make sure hackers can’t get in. And that’s another reason Google should be paid its 30%, or whatever percentage it chooses to charge in the future. But Sweeney thinks the Play store’s security features should be untied from the store:

The two security features Google Play provides beyond web-installed APKs are the malware scanner that runs during app submission, and the ability to quickly delist apps that are discovered to be bad.

Both could be opened up to all software sources rather easily.

Wait, so Google should not make any money off software sales on its platform? Is that it? He also insisted that users on Android Oreo won’t have to face a security risk as significant as everyone else, minimizing the security risks again:

A "download" button is coming to https://t.co/8upfAAOWZE. On the latest Android Oreo devices, this goes directly to a download link which installs the game following user acceptance of several security prompts – no "unknown sources" involved.

But the security risks are there. Not to mention that only 12% of Android users are on Oreo. Furthermore, let’s not forget that not all Fortnite players are tech savvy when it comes to security on Android, including plenty of kids who will want to play the game. No matter how easy Epic makes sideloading the game, that doesn’t mean the risks just go away.

Finally, there’s one more thing worth noting. When people do inevitably fall for malicious Fortnite downloads and ends up running malware on their devices, who will be held accountable? After all, Epic isn’t responsible for other people’s reckless downloading behavior.

Encouraging Android users to sideload any app, whether it’s Fortnite or anything else, is absolutely wrong. And maybe Google should do something about that, even if that means turning Android into a more closed ecosystem.