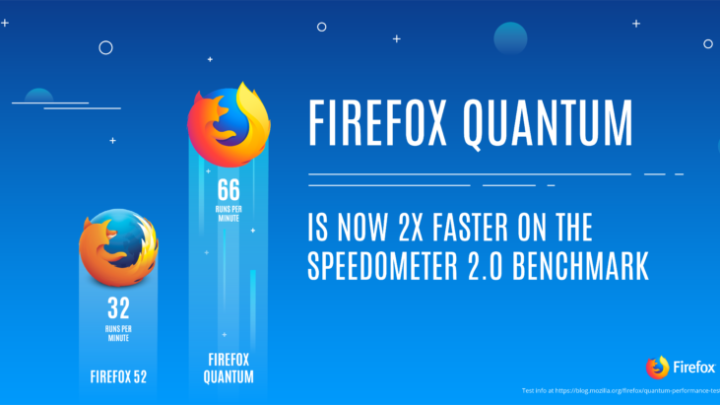 For quite some time now, Google Chrome has been the go-to browser for the vast majority of internet users. According to the latest data from StatCounter, Chrome commands nearly 55% of the worldwide browser market share, while Safari comes in a distant second place with just under 15% and no others even top 10%.

But this week, Mozilla released the beta version of its new Quantum browser, which it claims is twice as fast as last year’s Firefox and consumes 30% less energy than Chrome. Is it time to give Firefox another chance?

Some examples of that improved utilization include a new RSS engine written in Mozilla’s Rust programming language, prioritization of the active tab so that it downloads and runs before tabs in the background and the fixing of 468 bugs by the Firefox team over the past several months. Plus, the browser features a completely overhauled Photon design which looks more modern and works better with touch displays.

Mozilla encourages anyone who is curious about the browser to test it for themselves, but you can see how Firefox Quantum’s beta stacks up against Chrome in terms of speed in the video below:

If you want to try out Firefox Quantum today, you can download the beta right now on desktop, Android and iOS. If you’d rather wait for the final version of the browser, Mozilla is planning to official launch Firefox Quantum on November 14th, so you’ll just have to wait for another month and a half.