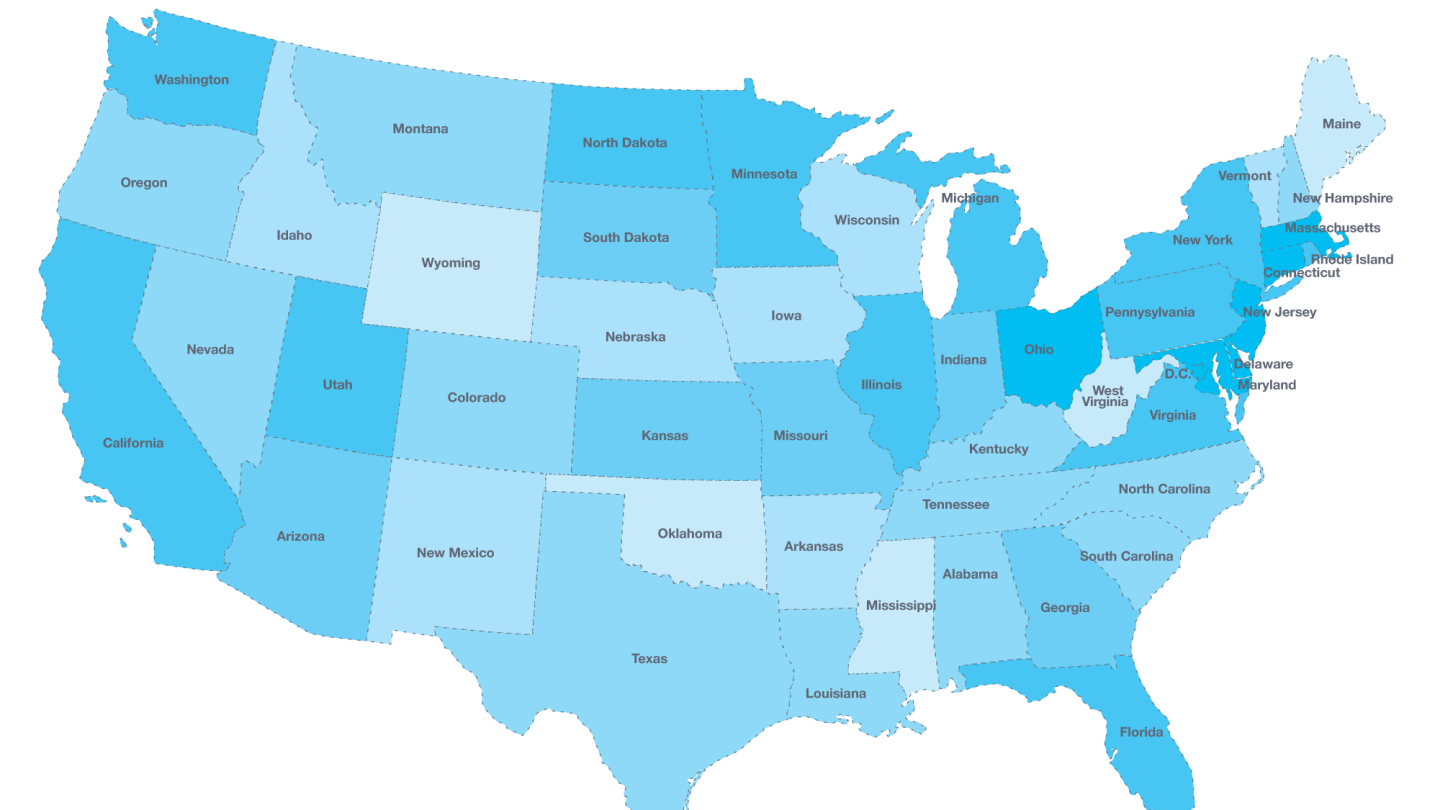 The East Coast, and in particular the coastal corridor between Boston and Washington DC, is home to dense population centers that are likewise packed with cell towers and the latest in mobile technology infrastructure. This has apparently paid off, because according to new data about the state of mobile broadband in the US from OpenSignal, if you want the fastest download speeds in the country, that’s exactly where should go.

That area in general is where you get the fastest speeds, but one state also handily blows away the competition: New Jersey. According to OpenSignal’s figures, the Garden State outperformed every other state in upload and download speeds, “with an average download connection of 24.1 Mbps and an average upload connection of 7.1 Mbps.”

Phone Arena notes that New Jersey comes out on top thanks to factors like being home to Verizon, the country’s largest mobile operator, but it also wins on a technicality. The District of Columbia actually has a faster overall upload speed score, but since DC isn’t a state, the win goes to New Jersey. Besides, as OpenSignal notes, it’s much easier to provide consistently fast speeds in one city than it is for a whole state.

The fast speeds in that area of the country are thanks to the fact that more than 50 million people live between Boston and Washington DC alone, and mobile operators of course tend to start with heavily populated areas first when it comes to things like upgrading capacity. Thus the data showing the fastest speeds along the East Coast, as well as other population centers like California and Florida.

“The states that did poorly in overall download speed rankings therefore tended to be more rural states without any major urban population center,” OpenSignal notes. “Maine, Mississippi, Oklahoma, West Virginia and Wyoming all had overall download averages less than 12 Mbps. But rural wasn’t always an indicator of slower speeds. For instance, the Dakotas performed well in download speed, in particular North Dakota, which came in 12th in our rankings.”

Check out how your state performed below: