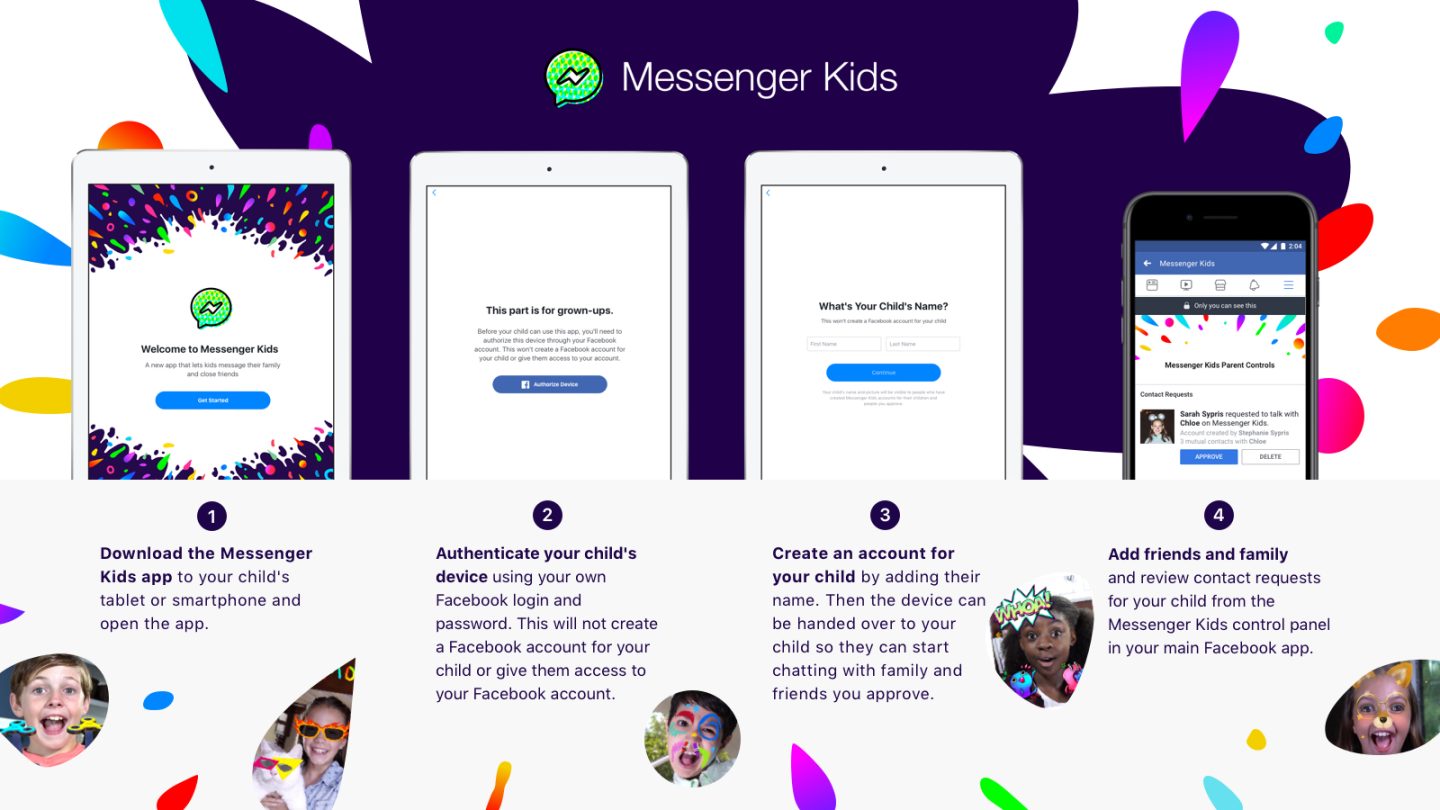 Not too long ago, Facebook launched a standalone Messenger app for children that would allow kids to chat with friends and family under tight supervision from parents.

However, a child health advocacy group backed up by several other similar organizations and individuals believe that the Messenger Kids app isn’t good for children, urging the social network to kill it with fire. Well, I’m paraphrasing, as the Campaign for a Commercial-Free Childhood-led (CCFC) group made their case concisely, citing plenty of relevant research, but also recent Facebook problems.

The worry isn’t just that Facebook is prepping kids under the age of 13 to become future Facebook services users. Even if Facebook did say that it won’t profile children and won’t serve any ads inside Messenger Kids, the app is still regarded by some as a gateway drug for future Facebook and Messenger experiences the children may be exposed to once they become teenagers and upgrade their Facebook apps.

The letter also says that kids under 13 aren’t prepared to handle the complexities of social media, even if their experience is highly censored by adults.

“A growing body of research demonstrates that excessive use of digital devices and social media is harmful to children and teens, making it very likely this new app will undermine children’s healthy development, the letter reads. “Younger children are simply not ready to have social media accounts. They are not old enough to navigate the complexities of online relationships, which often lead to misunderstandings and conflicts even among more mature users. They also do not have a fully developed understanding of privacy, including what’s appropriate to share with others and who has access to their conversations, pictures, and videos.”

The letter cites a variety of studies that have demonstrated the effects of social media usage among teens, quoting various side effects including depressions, unhappiness, unhealthy sleep habits, and even eating disorders.

Messenger Kids usage at a young age may increase smartphone addiction, the letter notes. “Messenger Kids will exacerbate this problem, as the anticipation of friends’ responses will be a powerful incentive for children to check – and stay on – a phone or tablet,” the group says. “Encouraging kids to move their friendships online will interfere with and displace the face-to-face interactions and play that are crucial for building healthy developmental skills, including the ability to read human emotion, delay gratification, and engage with the physical world.”

The letter also quotes various Facebook mishaps from the recent past, including fake news, “preparing research for an advertising client on how to target teens when they are emotionally vulnerable, and allowing advertisers to discriminate based on age and ethnicity and target messages to racists and anti-Semites.” The group reminds Zuckerberg that he has promised to “do better.”

“Doing better is leaving younger children alone and allowing them to develop without the pressures that come with social media use,” the letter concludes. “Raising children in our new digital age is difficult enough. We ask that you do not use Facebook’s enormous reach and influence to make it even harder. Please make a strong statement that Facebook is committed to the well-being of children and society by pulling the plug on Messenger Kids.”

Well, if this letter doesn’t qualify for a “Hard Questions” blog post reply from Facebook I don’t know what does. In case you don’t follow Facebook closely, then you’re probably not aware of the company’s “Hard Questions” — here’s a handy link.