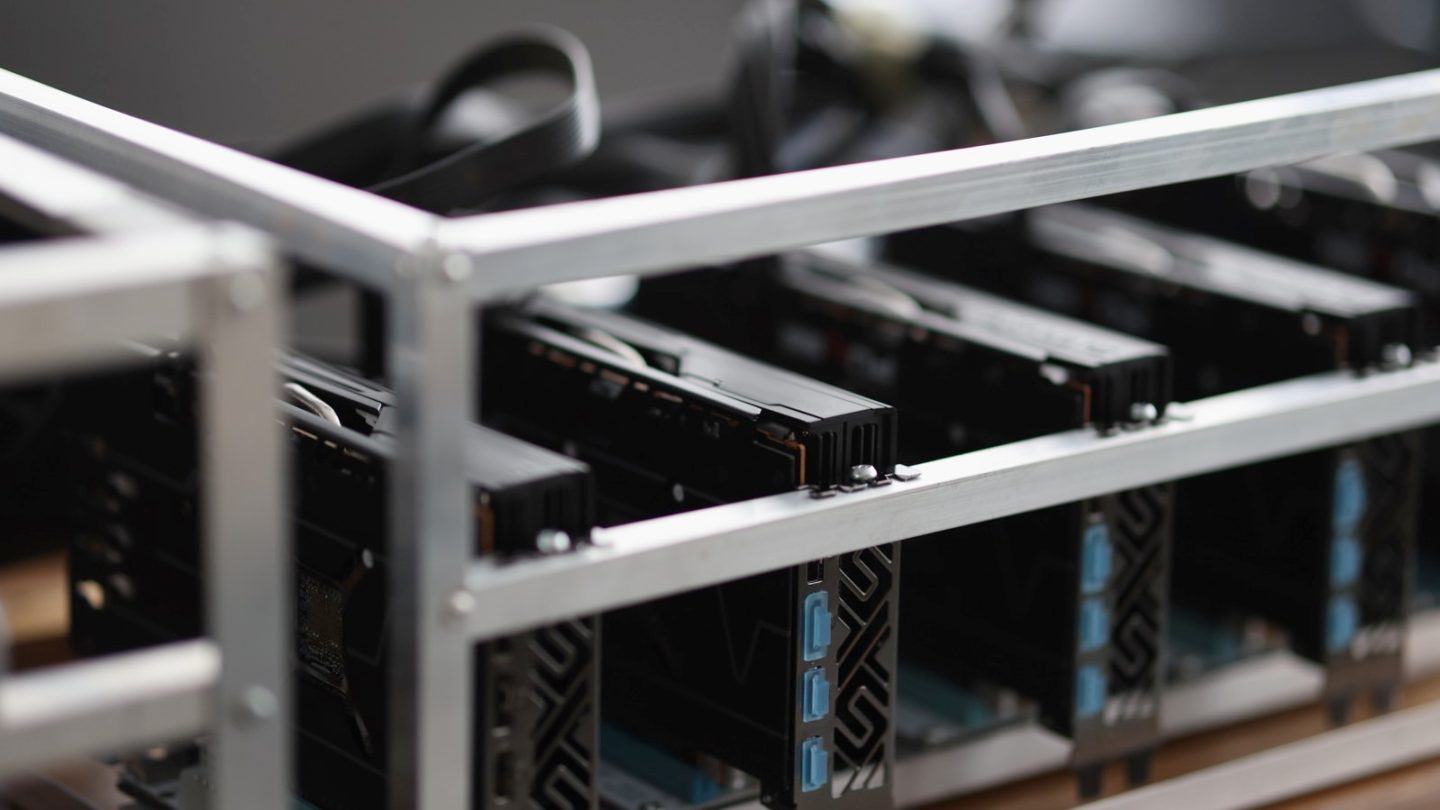 If you’re a gamer, it’s not just the PS5 and Xbox Series X that are hard to find right now, months after launch. The hottest Nvidia graphics cards are also sold out or extremely expensive, just like the two consoles. But that’s not just because many PC gamers are eager to upgrade their machines to the latest GPU hardware available. The graphics cards have been performing a key secondary function for years. They’re able to perform the complex mathematical processes needed to mine or produce cryptocurrency. Ethereum has always been a popular cryptocurrency to mine with the help of GPU-based mining rigs.

The crypto market has witnessed a renewed interest in recent months, with Bitcoin, Ethereum, and most of the other digital coins setting new record prices. While you may have heard that Bitcoin just passed the $50,000 milestone earlier this week, Ethereum also set new records of its own, increasing demand for the brand new Nvidia GPUs that can increase the mining return. But Nvidia no longer wants miners to buy the cards which should serve gamers, and the company announced that the new GPUs would ship with software that will reduce their mining performance to half of the theoretical maximum. But Nvidia is also launching new GPU chips dedicated to mining.

“We are gamers, through and through. We obsess about new gaming features, new architectures, new games, and tech,” Nvidia wrote in a blog post. “We designed GeForce GPUs for gamers, and gamers are clamoring for more.”

The company explained that starting with the GeForce RTX 3060 batch that launches on February 25th, the GPUs will come with new software to reduce the cards’ mining performance.

“RTX 3060 software drivers are designed to detect specific attributes of the Ethereum cryptocurrency mining algorithm and limit the hash rate, or cryptocurrency mining efficiency, by around 50 percent,” the company said, adding that it’s doing it for gamers. “That only makes sense. Our GeForce RTX GPUs introduce cutting-edge technologies — such as RTX real-time ray-tracing, DLSS AI-accelerated image upscaling technology, Reflex super-fast response rendering for the best system latency, and many more — tailored to meet the needs of gamers and those who create digital experiences.”

But the new CMPs will hardly feature the same hash rate performance as the regular GPUs. One of the best possible, the 90HX CMP offers a maximum of 86MH/s at 320W draw. Comparatively, the RTX 3080 and RTX 3090 deliver 98MH/s (224W) and 121 MH/s (290W), respectively. This makes them more attractive to crypto miners.

It’s unclear how the software nerf that Nvidia announced will work. It can’t be applied to the existing stock of RTX GPUs that are used for mining. But all the new models will have those new drivers preinstalled. People will likely try to bypass the locks and install custom drivers that will restore full functionality to the cards. If that’s successful, then Nvidia’s crypto lock will not last long.