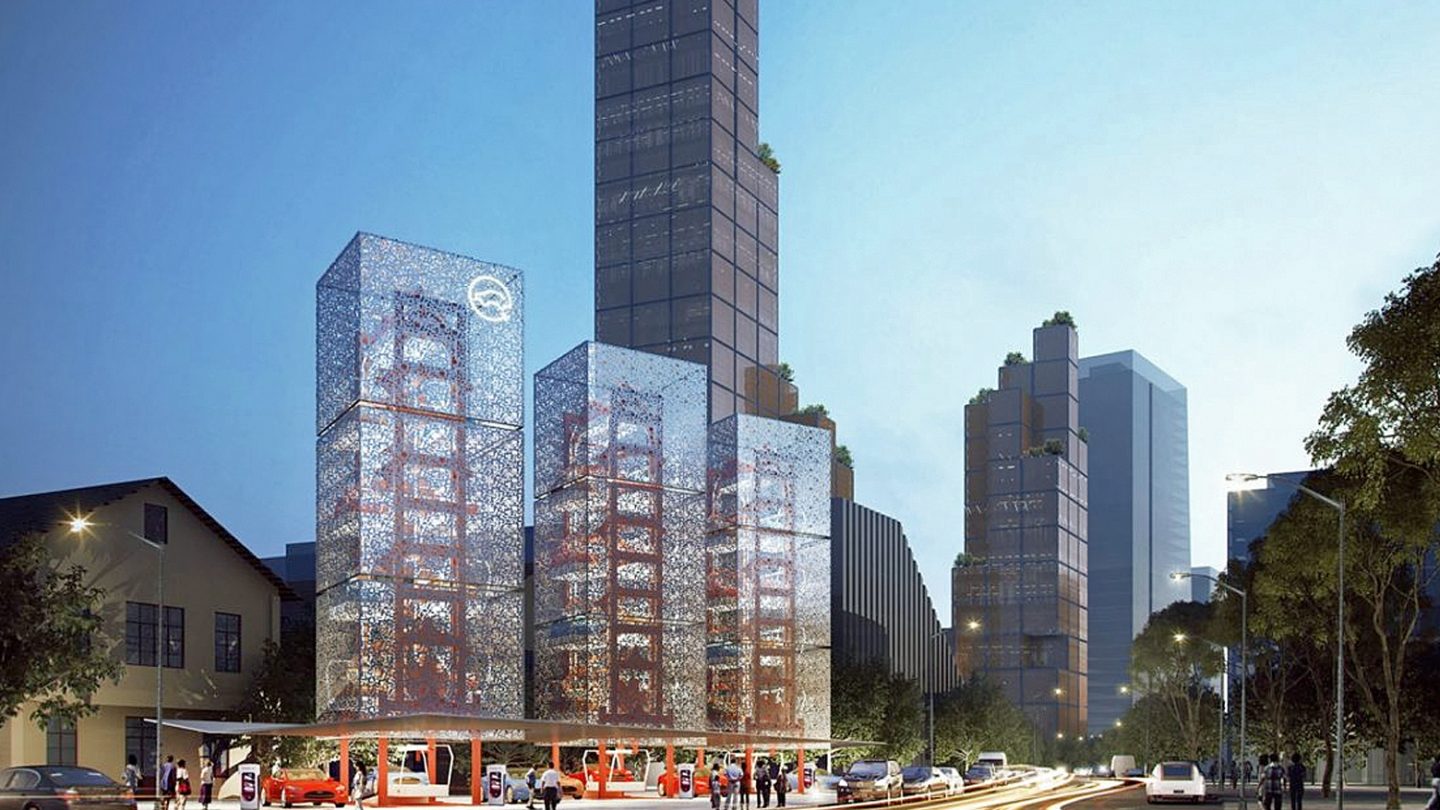 Electric cars are the future of transportation — or at least a big part of the future of transportation — but charging them is still an undeniable hassle. Unlike gas-powered vehicles, electric cars and trucks can’t simply get a quick tank full of electricity and then zip off a few minutes later. So what will be the future of gas stations when gas becomes a secondary option? New York’s Ennead Architects think they’ve got a good idea, and it’s a giant charging tower that scoops up electric cars so it can move them out of the way while they’re being charged.

The firm’s current concept, which it’s planning and brainstorming for potential installation in a new urban center in Shanghai, includes a trio of large towers that will house the vehicles as they’re getting charged up. Using modern fast-charging techniques, the cars could conceivably be recharged and back on the road less than a half hour after entering the tower, which would give the passengers enough time to wander around and get only slightly bored before hitting the pavement once again.

The conceptual renders are pretty eye-catching, with the semi-transparent towers giving off a very futuristic vibe, but the whole package still manages to feel like some sort of weird roadside attraction which is part of its appeal. The towers have the dual purpose of being aesthetically pleasing while also allowing many more cars to use the facility than would be possible with regular parking and standard chargers. Ennead’s concept is still early in its inception, but it’s definitely one interesting idea of what the future of “gas” stations may look like.