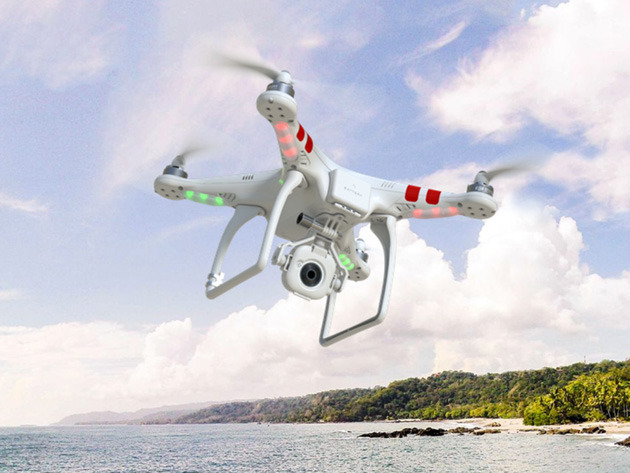 The rise of the drone as a tool and a toy has led to plenty of privacy and safety concerns, but consumers are far more interested in the technical limitations of the product than its potential impact on the world.

If you’ve ever used a drone, you’re probably aware of their extremely limited battery life. Although the devices have become both more affordable and more technologically advanced, a majority of them will only stay airborne for a depressingly limited amount of time.

The Verge reports that Intelligent Energy, a power technology company based in the United Kingdom, has developed a hydrogen fuel cell for small drones that will significantly increase a drone’s battery life. The company says that with a fuel cell, a drone’s flight time could increase from 20 minutes to over two hours.

Intelligent Energy has been testing the fuel cell on its own and as a hybrid with a battery for 14 months, but plans to finally demonstrate the hydrogen fuel cell-powered devices for the first time at CES 2016 in January.

“For consumers, simply swapping batteries is an acceptable solution to limited battery life,” said Chris Anderson, CEO of 3D Robotics. “But commercial users, who may be doing high-resolution mapping or scanning, which requires low-speed paths back and forth over an area, the ability to stay in the air for an hour or more can turn what might be many missions into one.”

Clearly, adding a fuel cell to a drone is not a cost-effective way to increase the battery life, but as Intelligent Energy finds ways to miniaturize the cells, they could become a realistic solution to keep drones airborne for hours.