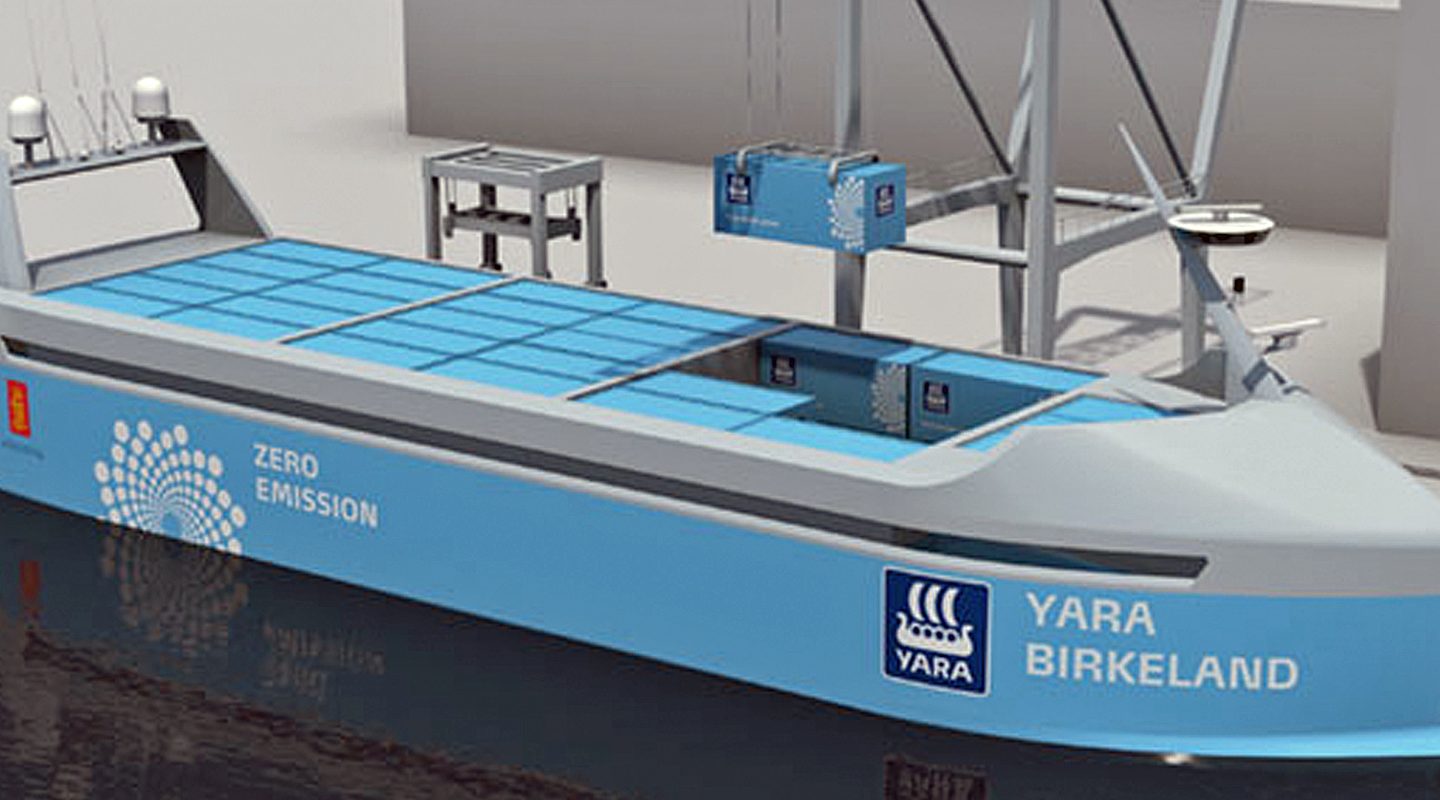 Putting a computer completely in charge of any type of vehicle is a concept that still doesn’t sit well with a lot of people. That’s totally understandable, especially with so many questions of reliability and safety still unanswered, but if the idea of a driverless car cruising the streets of your fair city gives you anxiety, you should probably just stop reading this story right now. For the brave souls still here, allow me to introduce you to a colossal seafaring beast that will cruise along the coast of Norway, weighing as much as 4,500 metric tons, and completing its regular journeys without a single crew member. It’s called the Yara Birkeland, and it could be the future of shipping.

The Yara Birkeland is a container ship being built in partnership between shipping company Yara and the maritime engineering group at Kongsberg. The vessel will be capable of hauling 100+ shipping containers, and will do so without a crew thanks to a fully autonomous navigation and control system. On top of that, the ship will also be emission-free, using a battery system to give it enough power to hit 10 knots on the water as it makes its way between ports.

Once the Yara Birkeland launches, it will reduce truck-based hauls drastically, removing up to 40,000 diesel-powered truck shipments every year for Yara, and the company plans on making its cargo handling, loading and unloading procedures emission-free as well.

Production of the ship is expected to be completed by 2018, at which point it will begin operation with a crew. In 2019, the company plans to transition to remote operation of the ship, which will than shift to fully autonomous operation by 2020.