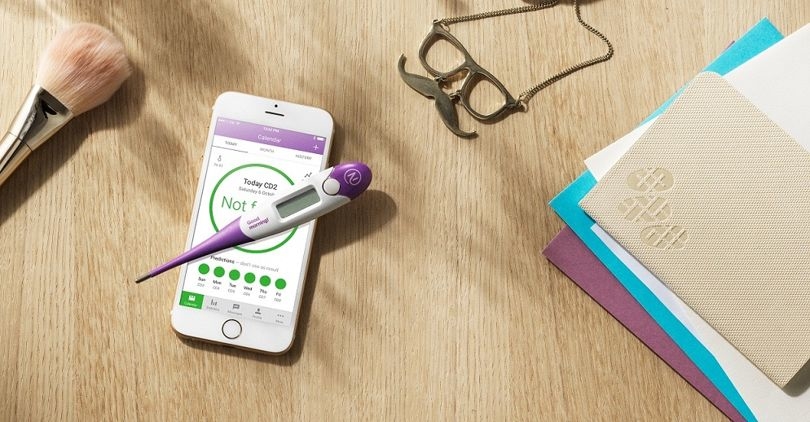 There’s a large variety of contraceptive measures out there meant to prevent unwanted pregnancies. Most of them involve using some sort of accessory to get the job done, be it a condom, a pill, or a device. Others involve science. Studying and understanding the periodicity of the menstrual cycle works if done correctly. None of those is 100% secure, and only the condom happens to also stop the spread of sexually transmitted diseases.

With all in mind, I wouldn’t blame you if you questioned mobile apps that told you they can help you manage your sex life to make sure you don’t get pregnant if you don’t want to. And that goes double now that one such app came under fire in Sweden after 37 women reported unwanted pregnancies after using it. But things are really complicated, and these apps can work for most women.

Called Natural Cycles, the app is based on science. The app monitors the body temperature during the menstrual cycle to notify women when they can have unprotected sex without worrying about pregnancies. A special thermometer is needed to measure the temperature, and you have to be pretty rigorous about it. Here’s how it works:

The app shows a calendar, Engadget explains, which marks most days as green — that’s where you can’t get pregnant — and the remaining ones as red. Obviously, on a red day, you’d need to use an actual contraceptive, be it a condom, a pill, or an intra-uterine device to make sure you don’t get pregnant.

Natural Cycles is now under investigation in Sweden, SVT reports. 37 women out of a group of 668 women who sought abortions used the app for contraceptive purposes. The Södersjukhuset hospital reported the findings to the Medical Products Agency.

Natural Cycles, founded by two doctors, isn’t a bogus app. It was certified in Germany for contraceptive use by Tuv Sud, a local regulator. After that, the numbers of UK users spiked from 5,000 to 125,000 in November. However, you can’t expect it to offer 100% protection against pregnancies. We’ve just established that not even the condom gets you 100% security.

The available data also proves the app does work to some extent, considering the spike in users in the UK alone.

Natural Cycles followed up with a more detailed statement:

Natural Cycles has a Pearl Index of 7, which means it is 93% effective at typical use, which we also communicate. Our studies have repeatedly shown that our app provides a high level of effectiveness similar to other methods.

Natural Cycles has not yet received any information from SÖS so we cannot comment on specifics. We are however in touch with the Medical Product Agency (MPA) and are responding to each individual reported case. At first sight, the numbers mentioned in the media are not surprising given the popularity of the app and in line with our efficacy rates. We have initiated an internal investigation with our clinical department in order to confirm this.

As our user base increases, so will the number of unintended pregnancies coming from Natural Cycles app users, which is an inevitable reality.

We agree with what Carina Montin says “Perhaps young people should use another form of contraception.” You have to be over 18 to use Natural Cycles. The average Natural Cycles user is 30 years, and less than 1% are under 20.

Today there is a big trend for women to move away from hormonal contraception, and Natural Cycles can provide a helpful option for these women. We, therefore, expect, in fact, overall to decrease the unwanted pregnancy rates because we’re increasing contraceptive choice, and see that many of our users are women that have not used any type of contraception before.

We’d like to reassure the medical community and the public that Natural Cycles is an effective, clinically proven, form of contraception, which hundreds of thousands of women worldwide trust as their birth control to prevent or plan a pregnancy.

Our goal is to increase contraceptive choice so that all women find a suitable method of contraception.