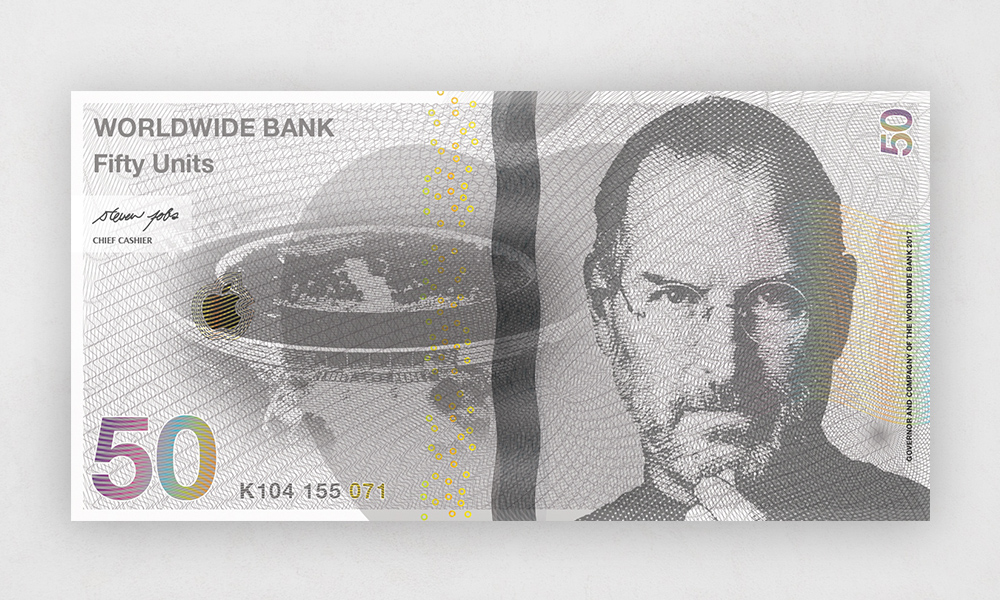 This week’s Apple earnings call revealed that the company has an absolutely mind-boggling cash hoard of over $261 billion. If Apple were a country, its cash reserve would rank 11th in the world, ahead of Singapore and Germany. As we steadily march closer to a future where corporations and CEOs are universally more influential than elected officials, artist Jade Dalloul is answering an importation question: what would currency actually look like if Apple, Google, or Microsoft ruled the world?

Clearly inspired by the design of the Euro and British pound, Dalloul rendered impressively believable bills baring the likenesses of tech leaders like Steve Jobs and Bill Gates, as well as other corporate big shots like McDonald’s franchisor Ray Kroc and Starbucks president and CEO Kevin Johnson. 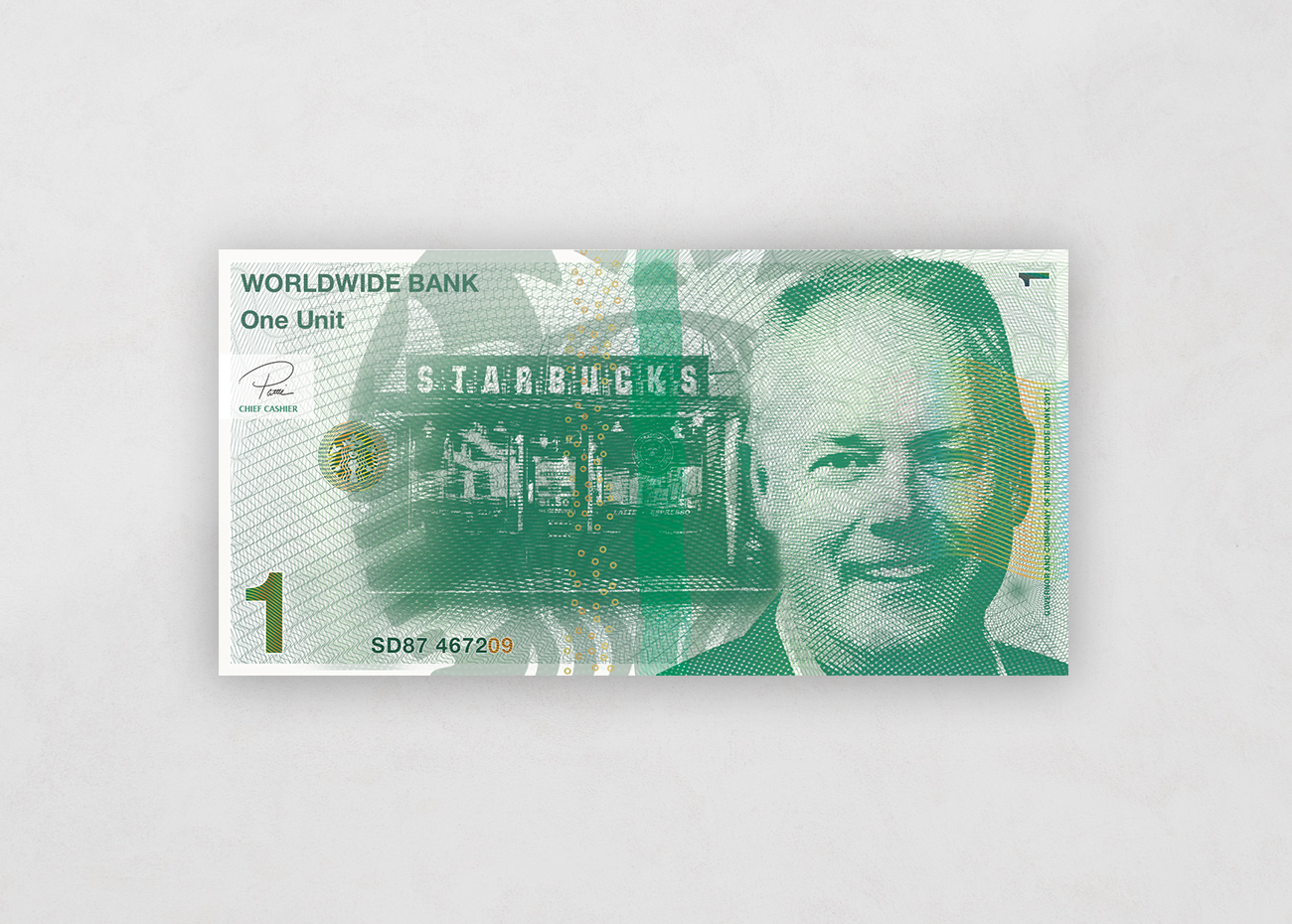 The result is a stack of bills that seem at once absurd and yet completely believable, with company logos and imagery dotting the background of the currency and appropriately heroic portraits of their most influential leaders. 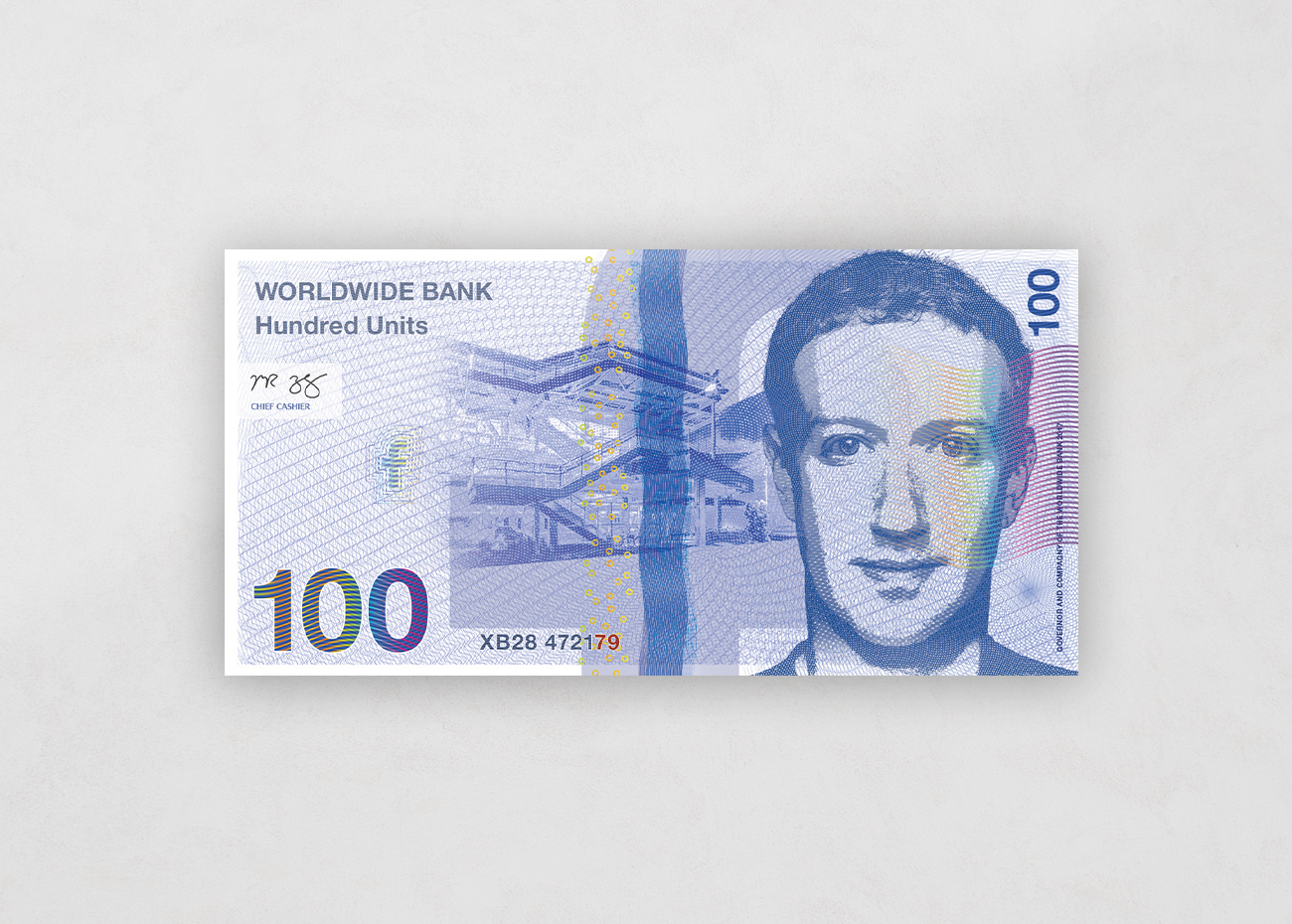 “I took brand’s missions statements as if they were states Mottos, used the picture of companies’ founder as if they were intellectual and political figures, and displayed up strong brand icons the same way regimes had highlighted ideologies,” Dalloul explains on his website. “Doing so, I also tried to root legitimacy of these brands in putting places related to their history, like the first gas pump for Shell, or the new Apple campus.”

Whether it’s Apple Pay, Android Pay, or sending money to friends on Facebook, every major tech company seems to be dabbling in payments these days. This project is an interesting reversal of that, and while we probably won’t ever see the likes of Steve Jobs on our cash, it’s interesting to wonder “what if?”