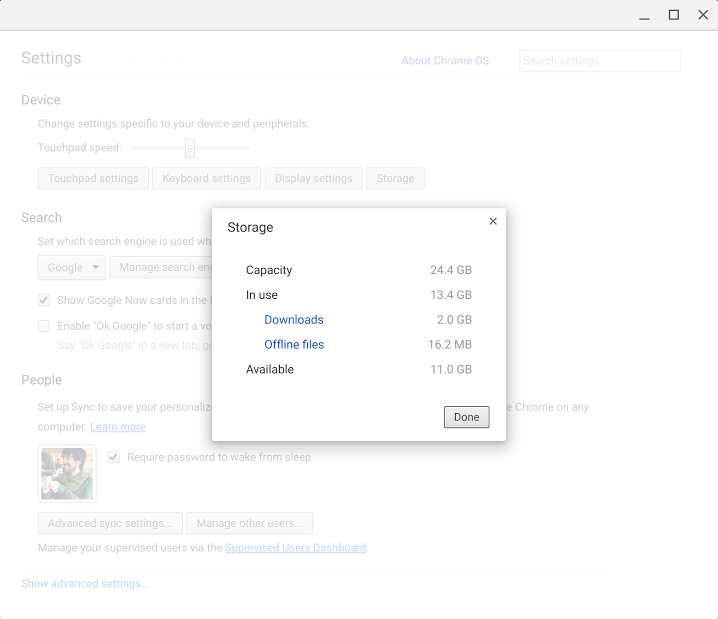 Chome OS has always been a thing I think of for people’s grandparents, or young students looking for their Fischer-Price My First Computer. But with Chromebook sales outstripping Macbooks, and Google adding serious new features at speed, it’s probably time to start taking Chrome OS seriously.

Google has added a storage manager to the latest developer update version of the software, giving a preview of the kinds of features we can expect from Chrome OS in the coming months.

The storage manager is exactly what you’d expect: a feature that lets you see how much capacity your machine has, how much is free, and whether downloads or offline files are taking up the most space.

In case you’re thinking that sounds like a dead-simple feature that’s a prerequisite for any serious operating system, you’d be right! Small flaws like this (and a thousand other similar holes) are why Chrome OS has mostly been written off by serious power users for years. Similar functionality has been available in the past, but it’s been through a third-party app that you’d have to download.

Just like when I had to install a program to show my the battery percentage on my older Android phones, having to download an app to check a basic system function feels like a real step backwards.

Making a built-in storage manager isn’t going to make Chrome OS fantastic overnight, but between this, Android apps, and continued great hardware, Chromebooks are starting to look more and more like a great option.