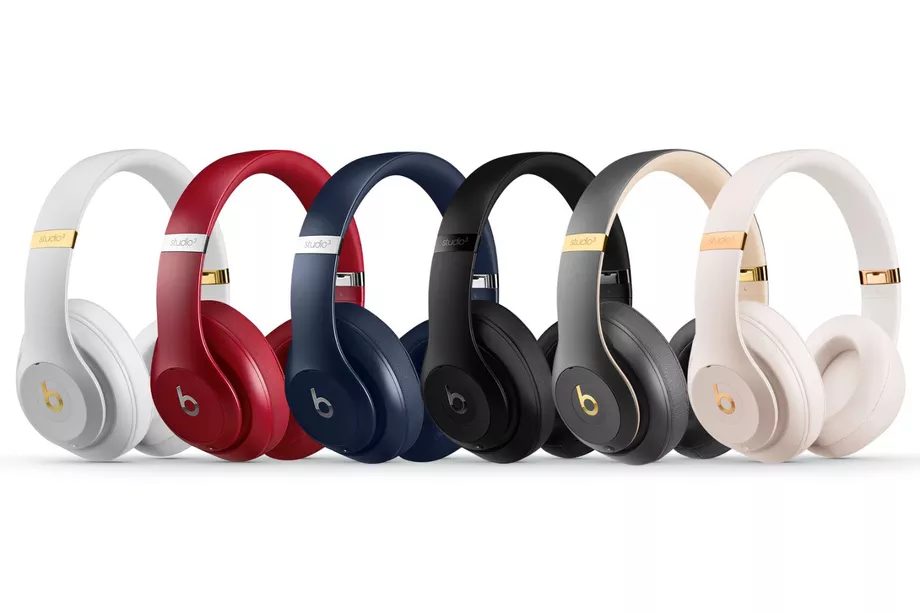 Beats has updated its top-of-the-line Studio 3 Wireless headphones, three years after they first launched. In completely unrelated news Apple, the owner of Beats, is set to launch three iPhone models without headphone jacks next week.

The new Studio 3 Wireless cost $350, and are available today from Apple. The biggest upgrade from the old model is the inclusion of the W1 chip, currently found in Apple’s Airpods and the BeatsX wireless earbuds. The W1 chip has a bunch of advantages for anyone using the headphones with an iOS device: pairing is made far easier, and battery life can be extended substantially. The new Studio 3 Wireless should last for 40 hours in audio-only mode, or 22 hours with noise cancellation on. You can also get 3 hours of listening time from a 10-minute charge, which will help if you’re about to jump on a plane with a dead battery.

Those kinds of benefits should also be seen in devices with the upcoming Bluetooth 5 standard, but right now, Apple’s proprietary wireless connection system offers the best performance on the market.

On paper at least, the Studio 3 Wireless will be going up against the best noise-cancelling headphones from Sony and Bose. Beats is claiming to have introduced something called “Pure Adaptive Noise Canceling,” which constantly samples your surroundings and matches the level of noise cancelling needed to the environment. Beats likely hasn’t reinvented the wheel here, but any marginal improvement in noise cancellation algorithms will be welcome.

One curious decision is the choice to stick with a microUSB connector for charging rather than Lightning or USB-C. Other Beats headphones like the BeatsX have shifted to Lightning, while Apple’s own laptops only have USB-C now. If you want to charge your $350 headphones off your $3,000 MacBook Pro, you’re going to need yet another stupid dongle.