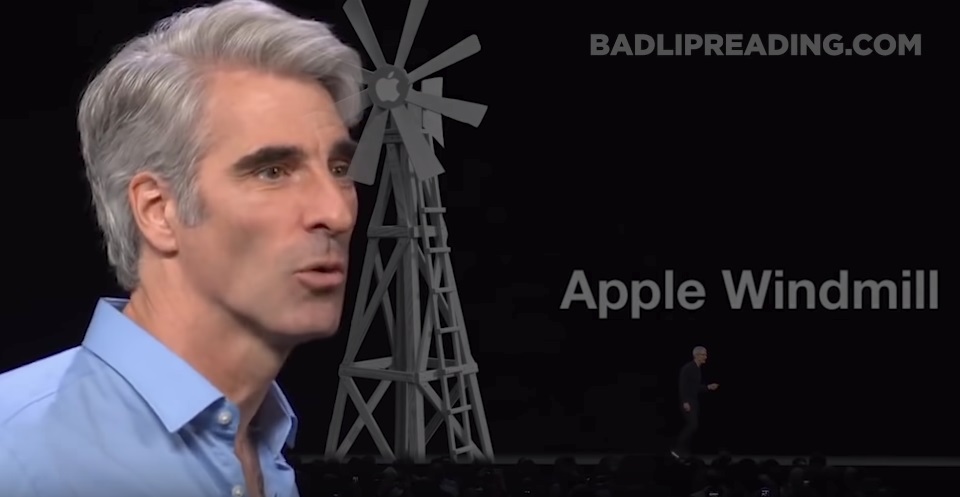 It’s hard to believe, but the folks over at Bad Lip Reading have been at it for 7 years now. To give you a sense of how long they’ve been around, their first video was a parody of Rebecca Black’s Friday. Since then, the BLR YouTube channel has pumped out a steady stream of funny videos that dub comical soundbites over otherwise serious or mundane clips.

While the BLR YouTube channel usually focuses on politics or sports — their NFL videos are some of the funniest and most widely viewed clips they have — they recently decided to focus their comedic talents on Apple. In effect, they took a few regular Apple keynotes, stitched them together, and replaced the audio with all sorts of tomfoolery that’s well worth watching.

The video begins with Tim Cook introducing the Apple Skin Twist to thunderous applause. I’m not sure who they got to do the Tim Cook impression but he does a solid job of capturing Cook’s inflection and subtle southern drawl.

After Cook, Craig Federighi takes the stage and introduces a plant-based guitar. It sounds ridiculous — and it truly is — but it’s certainly good for a few laughs if you’ve ever spent a random Tuesday afternoon glued to your computer watching an Apple keynote, you’ll definitely enjoy this.

The best part of the video is towards the end when it’s just a non-stop mashup of Cook and Federighi spouting just utter nonsense that is equal parts random and absurdly silly. The video will certainly not garner as many hits as the NFL bad lip reading videos, but it’s nice to see the BLR folks tackle a niche topic every now and again.