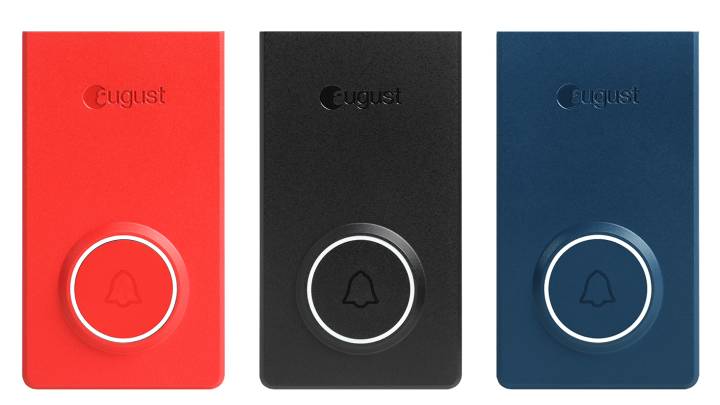 Smart home company August Home Inc. today is confirming word that got out back in January, based on the discovery of a trademark filing, that it would be releasing a new wireless doorbell cam called the August View.

It’s a product that’s definitely coming later this month, according to the company, and it promises a variety of features including high-performance video and the enabling of real-time conversation with visitors through two-way audio. In effect, the product is taking what the company promises are the best features from earlier-generation August Doorbell Cams, and the August View itself will be available starting March 28 for $229.99.

Availability will be through August.com and select national retailers.

August is planning to show off the unit next week in Austin at SXSW. Among its other features are:

August CEO and co-founder Jason Johnson said the company sees this release as “an advanced, secure solution that is high-performing, highly customizable and offers features that our customers have been asking for.” Features that also help the doorbell camera play a key role within August’s suite of products, which also include a Smart Lock and and the August Doorbell Cam.

The August View pairs with the company’s Smart Locks, which means customers can see and talk to visitors as well as let them in, all from their phones. The company also stresses that video and customer data stored in the August Cloud is protected by two layers of required authentication in addition to GDPR-compliant privacy policies.

Also worth noting is the August View’s slim, wire-free design. It’s powered by a swappable, rechargeable battery and should be compatible with almost any home entryway, according to the company. Video is generated in 1440p resolution, and the device is also ready to use right out of the box. The package includes the video doorbell itself, a wireless chime, rechargeable battery and Micro USB cable, and the product works with a free August app.

If customization is important, users are also given a choice of eight different faceplates. They include four metal faceplates (satin nickel, oil-rubbed bronze, satin brass and midnight gray) as well as four colored faceplates that include black, red, blue and white options.