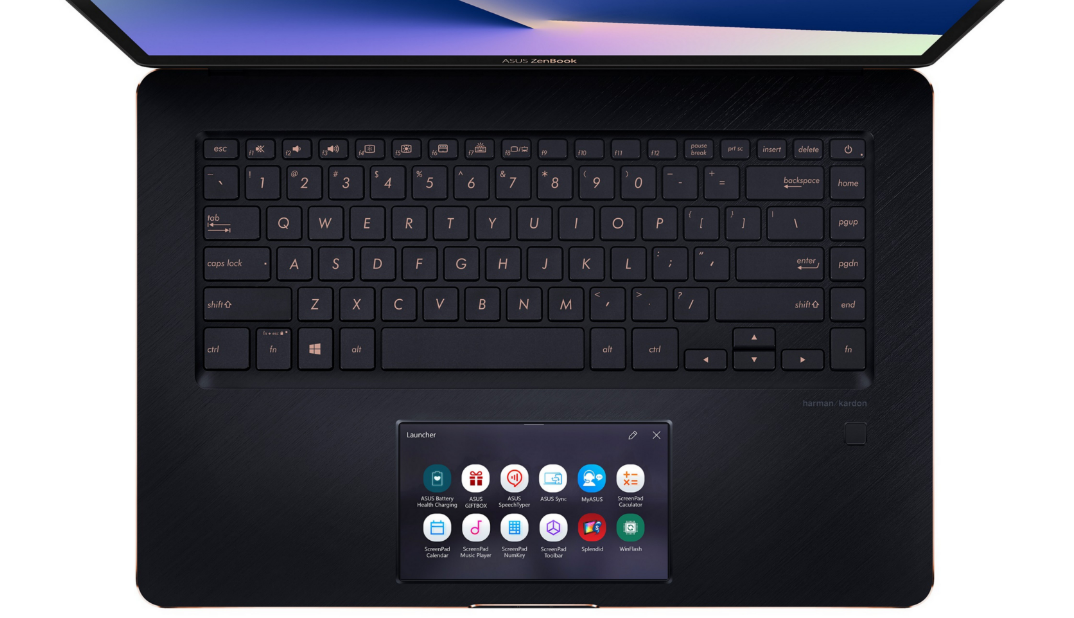 Since someone first worked out how to put a keyboard and screen next to each other with a hinge in the middle and a trackpad below, laptop design has remained largely unchanged. Sure, things have become thinner and lighter and faster and more robust than the early monstrosities, but the basic layout and form factor have remained unchanged for the last 20 years.

Two years ago, Apple tried to shake up the formula by introducing the “Touch Bar,” an OLED strip that replaced the Function keys on its flagship MacBook Pro. It adds a smidgen of functionality without significantly changing anything, but now Asus has taken that concept a big step further.

The Asus Zenbook Pro, unveiled today at the Computex trade show, has a 5.5-inch touchscreen that looks like it’s been taken straight from a smartphone inserted where you normally find the touchpad on a laptop. The idea is that you use it as a touchpad when doing normal laptop things, but it can work as a secondary screen (for example, controlling music) the rest of the time.

Since Windows wasn’t designed with this kind of configuration in mind, Asus has had to add functionality to the new touchscreen, and by all accounts it’s done a good job. The tiny touchscreen can work as a calculator, a music control, your calendar, or a number pad for when you’re hard at work on a spreadsheet.

The biggest limitation with a feature like this is always going to be the compatibility of software, so it’s good to see that Asus is taking its job seriously. It has worked with Microsoft to bring shortcuts for Microsoft Office apps to the touchpad, and it’s planning on releasing a software development kit so app-makers can incorporate shortcuts into their own apps. Nonetheless, Asus is going to have to make this touchscreen a mainstay of its laptops going forwards — and not just limit it to one expensive model — if it wants the idea to catch on.

The Zenbook Pro comes in two versions, a 15.4-inch that maxes out with an Intel Core i9-8950HK and 4K display, or a 14-inch version that comes with an Intel Core i7-8750H and 1080p display with optional touchscreen. The Zenbook Pro embraces the minimal-bezel trend, and the 14-inch version reportedly fits into the same footprint as Apple’s 13-inch MacBook Pro. Other specs are what you’d expect, with USB-A and USB-C ports, optional discrete graphics up to an Nvidia GeForce GTX 1050, and Asus’s signature Dark Blue color scheme.

The 15-inch model will go on sale starting at $2,299 in mid-July, with details for the smaller model still to come.