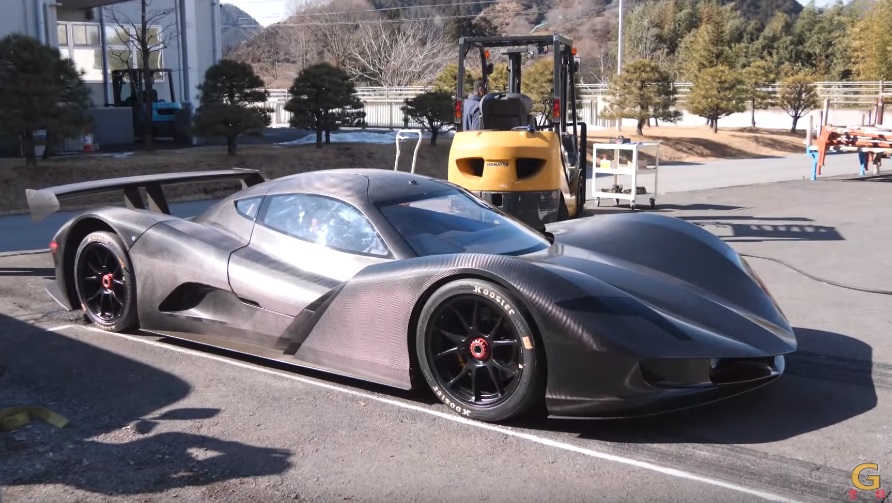 For reasons that are mostly arbitrary, evaluating a car’s 0-60 MPH time has become the de facto standard for measuring a car’s raw acceleration. Indeed, the only reason we even pay attention to 0-60 times is because it’s the closest approximation to the 0-100 km/h standard used elsewhere in the world. Now you might be wondering: why was 100 km/h chosen as a benchmark in the first place? Well, who doesn’t like a nice round number.

Although there are a number of other performance metrics which are far more instructive than an impressive 0-60 time, that’s the reality the automotive world operates in. That’s the metric we all have a frame of reference for. That being the case, you’ll undoubtedly be impressed by the Aspark Owl, a hypercar out of Japan that can go from a full stop to 60 MPH in just 1.9 seconds.

While the next-gen Roadster Tesla unveiled a few months back can accelerate just as fast, the car isn’t set to be available until 2020. And given Tesla’s storied history of missing deadlines, it wouldn’t surprise us in the slightest if the release date gets pushed back to 2021.

The Owl, meanwhile, exists today and was recently captured on video doing its thing in what seems like a back lot of some random building. And while the Owl reportedly achieved the feat using racing tires, Aspark notes that future iterations will be able to hit that same impressive 0-60 time with street legal tires.

Powering the Owl is an electric motor at each axle delivering a combined 430 horsepower and 563 pound-feet of torque, which is sent to all four wheels. That might not seem like much but the Owl only weighs 1,874 pounds. Powering its electric motors is a combination of batteries and supercapacitors, said to be capable of delivering a range of 93 miles on a single charge.

If you’re interested in picking up an Aspark Owl for yourself, you better have extremely deep pockets. The company is planning to manufacture about 50 units at a planned price point of $4.4 million.