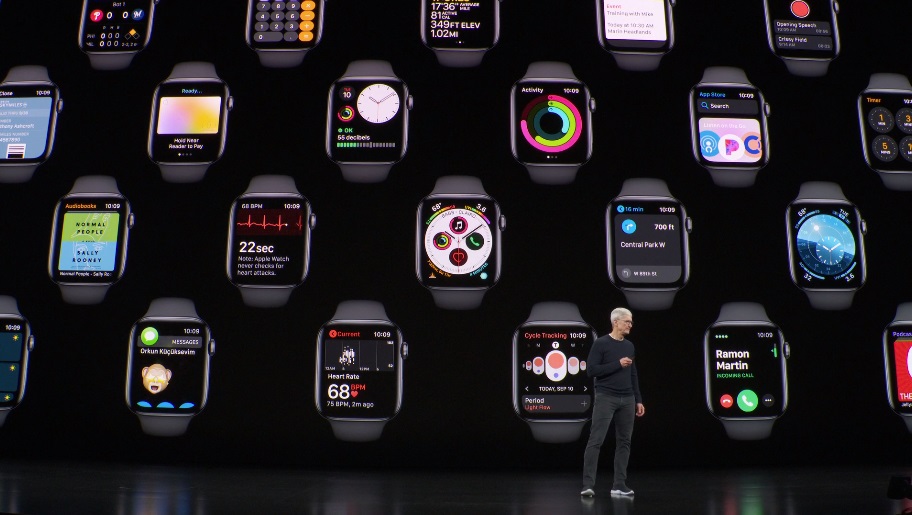 The most exciting day of the year for Apple fans is finally here. After months of anticipation, and an endless stream of rumors, Apple today is poised to introduce its iPhone 11 lineup. That said, Apple’s special event today isn’t an iPhone-only affair. On the contrary, Apple has historically used its September event to introduce a range of new hardware, with the Apple Watch being a prime example.

In light of that, Apple kicked of today’s media event with a slew of updates and announcements, including new details regarding Apple Arcade, Plus, and a brand new 7th-generation 10.2-inch iPad. Building on that momentum, Apple just a few moments officially introduced the Apple Watch Series 5, the next-gen version of its increasingly popular wearable.

After an inspirational detailing the myriad of ways in which the Apple Watch has improved the health and well-being of its users, Apple divulged what we can expect to see from its next-gen wearable.

The Apple Watch Series 5 features an always-on OLED display with a number of advanced sensors that still maintains an impressive 18-hours of battery life.

The Apple Watch Series 5 also ships with a built-in compass which should make navigation a lot more convenient.

Apple also introduced a wide assortment of case finishes, including models with titanium and ceramic finishes that look pretty darn slick. There will also be brand new Hermes and Nike bands available.

Meanwhile, the Apple Watch Series 3 isn’t going anywhere and will be available for just $199.